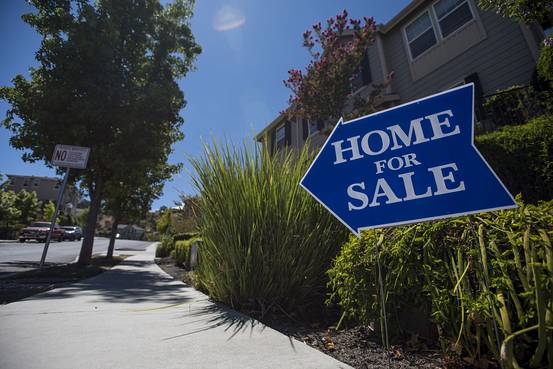 West Coast cities remained dominant in terms of price growth. The most expensive market was the San Jose metro area, where the median existing single-family price was $965,000, followed closely by San Francisco at $809,400 and Anaheim-Santa Ana, Calif., at $715,300.
DAVID PAUL MORRIS/BLOOMBERG NEWS

Home-price growth cooled during the height of the summer, according to a report released Thursday, an indication that the market will improve at a more modest clip in the latter half of the year.

The median existing single-family home price increased in 154 out of 178 metro areas compared with a year earlier during the third quarter of 2015, according to the National Association of Realtors. In the second quarter, 163 out of 176 metro areas saw year-over-year increases. 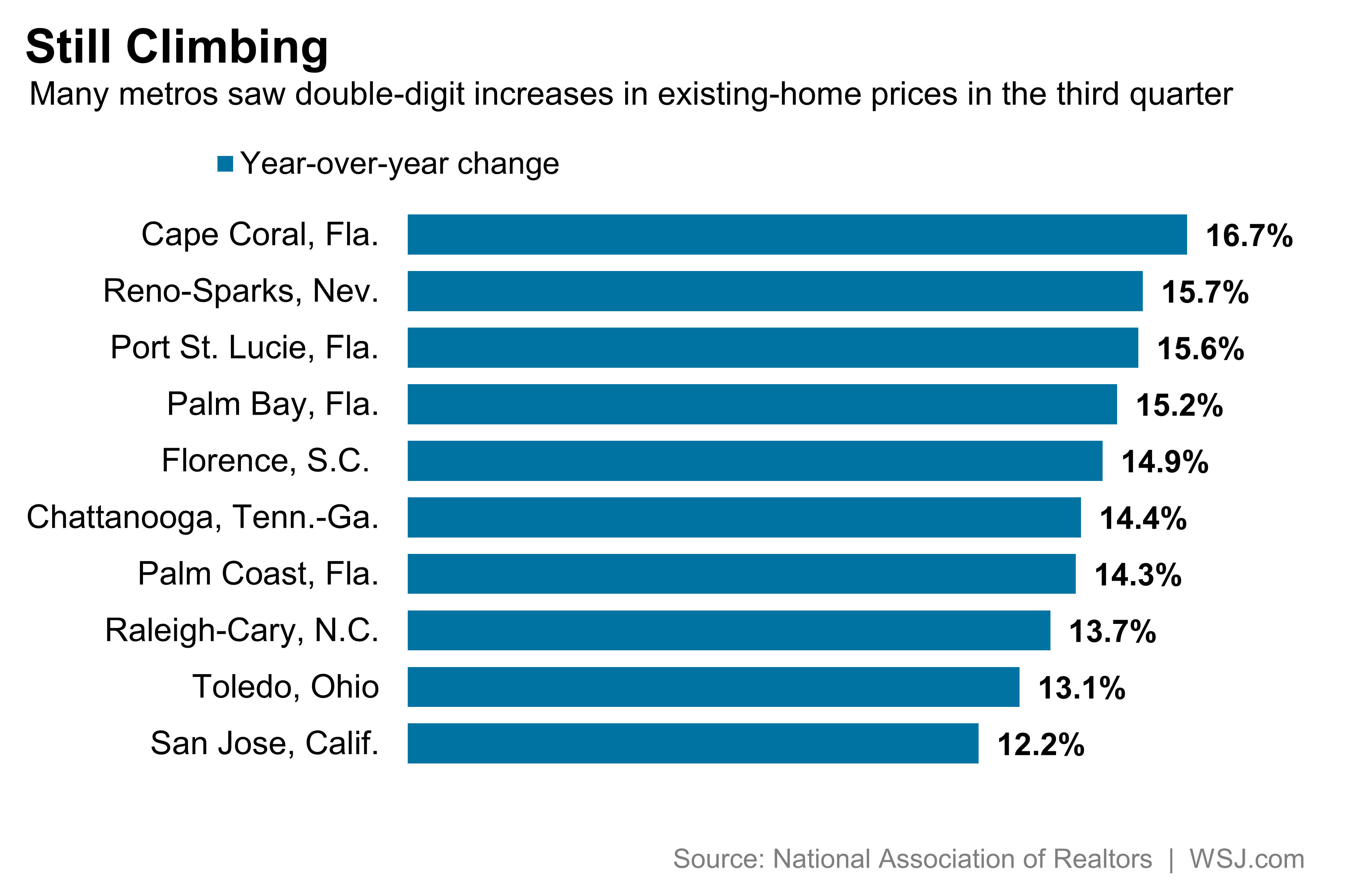 Home prices have increased strongly across much of the country throughout the year, in part because prices in many areas fell so sharply during the housing crash and are still recovering.

But incomes have grown at a much slower pace, raising fears that first-time buyers are being priced out of the market.

“While price growth still teetered near or above unhealthy levels in some markets, the good news is that there was some moderation despite the stronger pace of sales,” said Lawrence Yun, chief economist at the National Association of Realtors.

The median existing single-family home price increased 5.5% in the third quarter from a year earlier to $229,000, compared with 8.2% in the second quarter. Wages have been growing at a rate of about 2% annually.

News Corp, owner of The Wall Street Journal, also owns Move Inc., which operates a website and mobile products for the National Association of Realtors.

West Coast cities remained dominant in terms of price growth. The most expensive market was the San Jose metro area, where the median existing single-family price was $965,000, followed closely by San Francisco at $809,400 and Anaheim-Santa Ana, Calif., at $715,300.

In a separate report released Thursday, the California Association of Realtors said affordability there remains a major concern, despite fairly flat price growth. Just 29% of California households could afford the median-priced home in the state, which costs more than $487,000, down from 30% in the second quarter.

A minimum annual income of more than $98,000 is needed to make mortgage payments and taxes on that home.

Home Prices Start to Heat Up