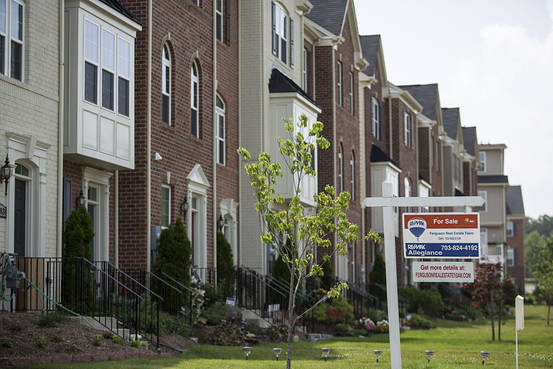 Home prices continued to soar in some metro areas in the second quarter.
DREW ANGERER/GETTY IMAGES

The National Association of Realtors on Tuesday said that home prices in the second quarter rose in 163 out of 176 metro areas, continuing their upward trajectory even as economists warn of looming affordability problems and a limited supply of homes for sale.

The median existing single-family home price rose to $229,400 in the second quarter, up 8.2% from a year earlier. That was a slightly faster rate of increase than the 7.1% price rise seen in the first quarter.

Real-estate agents this year reported a hot spring selling season that bled into the summer with dwindling home supply, the return of bidding wars in some cities and trigger-happy buyers eager to get a home loan before a long-expected rise in mortgage rates.

Still, NAR’s report had signs that some markets aren’t quite as hot as they were at the beginning of the year. In the second quarter, 34 metro areas reported double-digit annual price gains, compared with 51 that reported such gains in the first quarter. Median prices, especially in smaller metro areas, are heavily affected by the mix of homes put up for sale and don’t necessarily reflect actual changes in the health of those markets.

According to NAR, home prices rose the fastest in the stretch of cities extending up the east coast of Florida between Port St. Lucie and Titusville, with the median sales price in those areas rising about 20% from a year earlier. Raleigh and Greensboro, N.C., also saw strong double-digit gains.

On the other hand, Cumberland, Md., the metro including Stamford, Conn., and Kingston, N.Y., were among the few cities showing price declines, NAR said.

Californian cities continued their reign atop the list of most-expensive markets, with San Jose commanding a median sales price of $980,000.

NAR said that the average supply of homes in the second quarter was 5.1 months, down from 5.5 months a year ago.

Keeping supply tight is a high number of owners who still owe more on their homes than they’re worth, along with a pace of home construction that’s still well below the rate in the early 2000s, before the boom. What homes that do get built tend to be at higher price points, exacerbating affordability issues for entry-level buyers.

News Corp, owner of The Wall Street Journal, also owns Move Inc., which operates a website and mobile products for the National Association of Realtors. 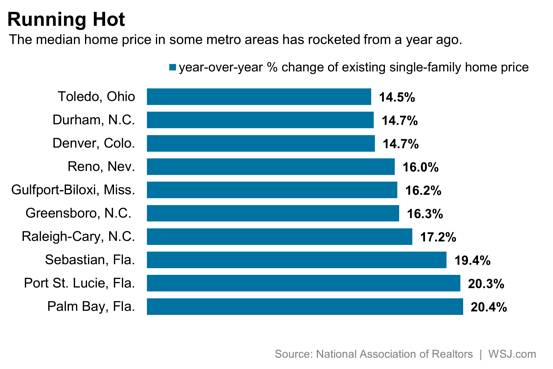