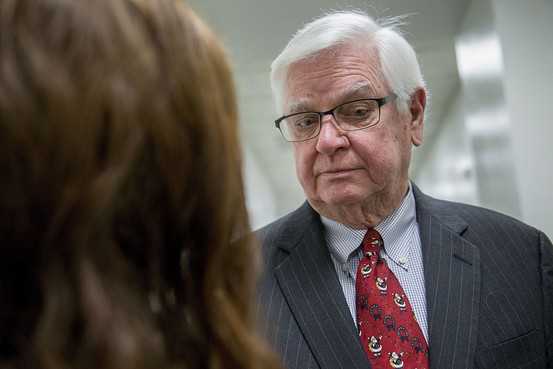 Any hopes that U.S. lawmakers might ratify a five-year-old deal to boost the International Monetary Fund’s war chest and overhaul its antiquated governance structure by the end of the year were washed out late Tuesday.

The Senate could add the funding into its own budget bill, forcing the issue with the House as the two chambers negotiate a consensus bill. But, as numerous previous efforts have shown, that’s highly unlikely.

“It appears to be dead,” said Ted Truman, a former top Federal Reserve and Treasury Department official who’s now a senior fellow at the Peterson Institute for International Economics. The deal agreed in 2010 would restructure the emergency lender by giving emerging markets greater power at the fund more in line with their burgeoning economic heft in the world. It would also shift short-term emergency reserves loaned to the IMF by major economies during the global financial crisis into the fund’s regular lending account. Because of the way the deal was structured, deciding not to allow the Treasury to shift the U.S. share of the crisis loan into the IMF’s regular account also prevents U.S. approval of the governance changes.

The administration’s failure to secure congressional approval—and lawmakers’ decision to reject ratification of the deal–is costing the U.S. clout in the realm of economic diplomacy, officials say.

“Without these reforms, emerging economies may well look outside the IMF and the international economic system that we helped design,” Nathan Sheets, Treasury’s top economic diplomat, said in a speech last week. That runs the risk of “potentially undermining the Fund’s ability to serve as a first responder for financial crises around the world, and also our national security and economic well-being,” he said.

Feeling disenfranchised, key emerging markets are crafting strategies to bypass Washington and its leverage at the fund, including replicating the IMF’s emergency-lender role with new cash reserve pools.

Republicans, who won control over both chambers of Congress in last month’s elections, have been using the IMF deal to try to wring concessions from the Obama administration. But the White House hasn’t been willing to negotiate on Republican demands that have focused largely on taxes and repealing elements of the President signature healthcare law.

Adding to the administration’s frustration, lawmakers have also declined so far to approve the president’s nominations to six U.S. board positions at the IMF and international development banks. Mark Sobel, for example, a senior international diplomat at Treasury, has been awaiting confirmation since February to fill the executive director’s spot at the IMF.