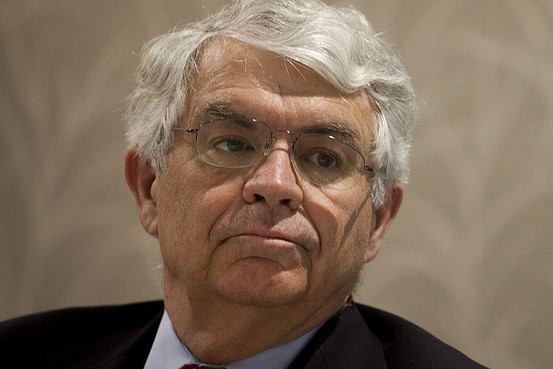 Several House Republicans are embracing Stanford University economist John B. Taylor’s call for the Federal Reserve to adopt a mathematical rule for determining interest rates, stepping into a long-running debate among central bankers about how to set monetary policy.

The House Financial Services Committee will hold a hearing Thursday “Legislation to Reform the Federal Reserve on Its 100-year Anniversary,” at which Mr. Taylor and other Fed critics are scheduled to testify.

The hearing will focus on a bill—introduced Tuesday by Republican Reps. Scott Garrett of New Jersey and Bill Huizenga of Michigan–that would, among other things, require the Fed to provide Congress with “a clear rule to describe the course of monetary policy,” according to a committee announcement. Such a rule would be an equation showing how the Fed would adjust interest rates in response to changes in certain economic variables. One well-known example is the Taylor rule, named for Mr. Taylor. Mr. Taylor told The Wall Street Journal last month that under his rule, the Fed should be setting its benchmark short-term rate above 1%, rather than near zero.

Economists have been debating for years the relative merits of basing interest rate policy on rules vs. discretion—that is, whether they should adhere to a mathematical formula or maintain some wiggle room based on circumstances and judgment. Mr. Taylor and some Fed officials are in the first camp, saying rules-based policymaking creates more predictability and transparency, leading to better economic outcomes. He praised the legislation on his blog Monday. Others, including Fed Chairwoman Janet Yellen and most top Fed officials, say they need flexibility to veer from the rules when appropriate. In 2012, Ms. Yellen, then the central bank’s vice chairwoman, said Fed officials were using a modified version of the Taylor rule intended to give greater weight to employment, which fell sharply during the recession.

If passed by the House, the Fed bill would face an uncertain fate in the Senate, which is controlled by Democrats. But even if it doesn’t pass, it reflects a new line of Republican criticism of the central bank. Efforts such as that of former Rep. Ron Paul (R., Texas), who sought to end the institution and return to a gold-standard-like policy, have gone nowhere. Similarly, attempts such as that of Rep. Kevin Brady (R., Texas) to push the Fed to focus solely on maintaining low inflation rather than also seeking maximum employment have little momentum at a time when the job market remains weak.

The Fed legislation also would potentially give lawmakers more opportunity to scrutinize central bank policy. Under the bill, the Government Accountability Office would audit the Fed’s rule to make sure it complies with the law. If the rule doesn’t comply, or if the Fed changes the law, lawmakers could have the GAO audit Fed monetary policy, according to a summary of the proposed legislative draft.

Ms. Yellen and other Fed officials have opposed other proposals to allow Congress to audit their monetary policy decisions, saying this would infringe upon the principle of central bank independence.

The Fed has held interest rates near zero since late 2008, and has expanded its balance sheet to over $4.3 trillion. Fed officials argue this was necessary to revive the economy from recession and bolster an anemic recovery. Some, however, fear that the large amount of new money pumped into the financial system risk higher inflation in the future or could make it harder for the Fed to raise interest rates when the time comes.