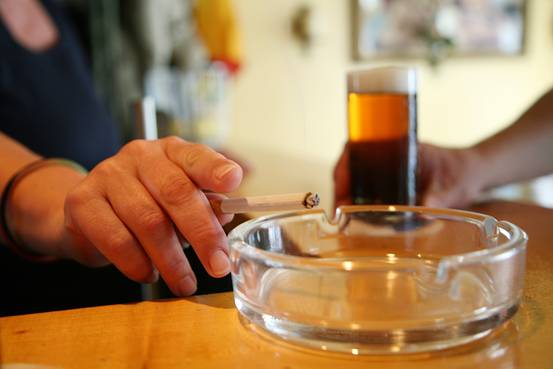 Maybe a recession is just what the doctor ordered.

Economic downturns, it turns out, appear to be good for health, according to a study released this week by the National Bureau of Economic Research.

The research by Christopher Ruhm, a professor at the University of Virginia, builds upon earlier studies looking at the impact of economic downturns on health.

“There is considerable evidence that harmful behaviors–like heavy drinking and smoking–decrease in bad economic times, whereas health-enhancing activities such as exercise and social interactions increase,” Mr. Ruhm said.

Part of the reason appears to be higher unemployment, which can put activities like drinking and smoking out of financial reach for some. But the health byproducts appear even stronger during the darkest economic episodes.

“What is new is evidence that the severe national recessions occurring at the beginning of the 1980s and the end of the first decade of the 21st century had a protective effect on total mortality that was around twice as large as that predicted by the higher unemployment rates occurring during such periods alone,” Mr. Ruhm wrote.

During the so-called Great Recession in 2007-09, there was lower mortality from transport accidents, cancer and some other diseases, for example. Typically, suicides would be expected to rise during a downturn, but there was no discernible effect on such numbers.

Mr. Ruhm’s research doesn’t investigate why. It’s easy to surmise that less smoking and drinking is good for you. Pollution may also decrease when economic activity plummets. What about other causes of death, such as suicide?

“What would be interesting–but we don’t have evidence–is are there other factors,” Mr. Ruhm said in an interview. “Is it a time when people come together maybe, or maybe the stigma of being in a bad position isn’t as bad. Those are possibilities but we don’t know the answer at this point.”

Of course, the relationship doesn’t always hold up. Mr. Ruhm notes the deleterious effects of the Soviet Union’s breakup, a development that coincided with severe economic dislocation, cheaper alcohol prices and a dropoff in life expectancy.