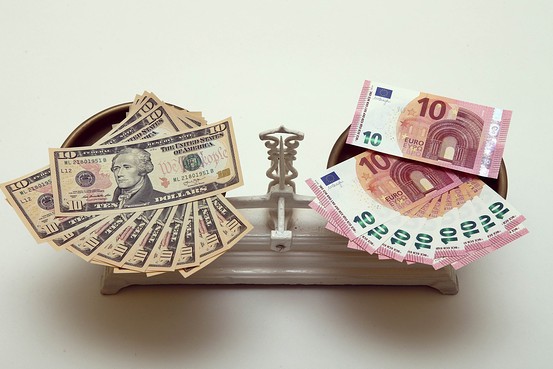 The people most shocked by the outcome of the Federal Reserve’s monetary policy meeting Wednesday were those betting the euro was headed below the dollar.

As the dovish implications of the Fed’s downgraded forecasts for growth, inflation and interest rates sank  in, the euro rocketed higher, ending the day at $1.09, up sharply from $1.06 on Tuesday. Needless to say, those euro-at-parity-with-the-dollar forecasts are being set aside or pushed back.

No doubt, much of the reversal was driven by investors covering short positions. As so often happens, when sentiment on any market turns overwhelmingly unidirectional, the market soon heads in the other direction.

Yet the reversal also says something more important about the global economic consequences of the European Central Bank’s move towards bond buying or “quantitative easing” (QE), which triggered the steep fall in the euro and the rally in the dollar.

The ECB’s QE has often been portrayed as currency war, an ill disguised attempt to steal demand from its neighbors by boosting eurozone exports and squeezing out imports. Yet as I’ve argued before, the term currency war is misleading. When one country’s currency falls because of easy monetary policy, its trading partners often ease as well to limit the damage of an appreciating currency. The net result is a tit-for-tat monetary expansion that boosts demand in everyone’s economy.

The ECB’s actions had already done this in smaller countries. Denmark and Switzerland both introduced negative interest rates to offset the upward pressure on their currencies. So did Sweden, and Wednesday it made them more negative, and it also expanded its own QE program. Thailand and Korea have cut their interest rates.

The big question was always how the Fed would respond. Up until Wednesday, it seemed prepared to tough it out and not change its plans to raise rates.

Wednesday’s meeting cast doubt on that. Ms Yellen acknowledged the dollar has weakened both the growth and inflation picture. While she didn’t go so far as to say that would delay the onset of monetary tightening, that is the clear implication both of her words and the accompanying projections of her colleagues.

A delay in rate liftoff won’t be enough to neutralize all the drag from the higher dollar. But it does two things. First, it has at least temporarily put a floor under the euro and a ceiling on the dollar. This by itself limits the damage to the U.S. economy. Second, while the dollar’s rise is still a negative, on net it is less negative once the effect of rates staying low for longer are included. So for the world, while the benefits of exchange rate movements cancel out, the benefits of globally easy monetary conditions are good for everyone.

This is not a radical concept. Central banks always seek to set the overall level of financial conditions which are a combination of short and long-term interest rates, equity prices and currencies, but they don’t get to choose the contribution of each. Faced with a stronger currency, the natural response is to lower interest rates in hopes of achieving the same economic goals with a different mix of instruments.

Don’t call it a currency war. Call it textbook economics.