How Hotter Summers Are Putting Swimmers at Risk

As families flock to pools and lakes to cool off, experts are warning about a risky consequence of climate change: waterborne disease.

Once limited to the southern states — particularly Texas and Florida — Naegleria fowleri has been moving north. 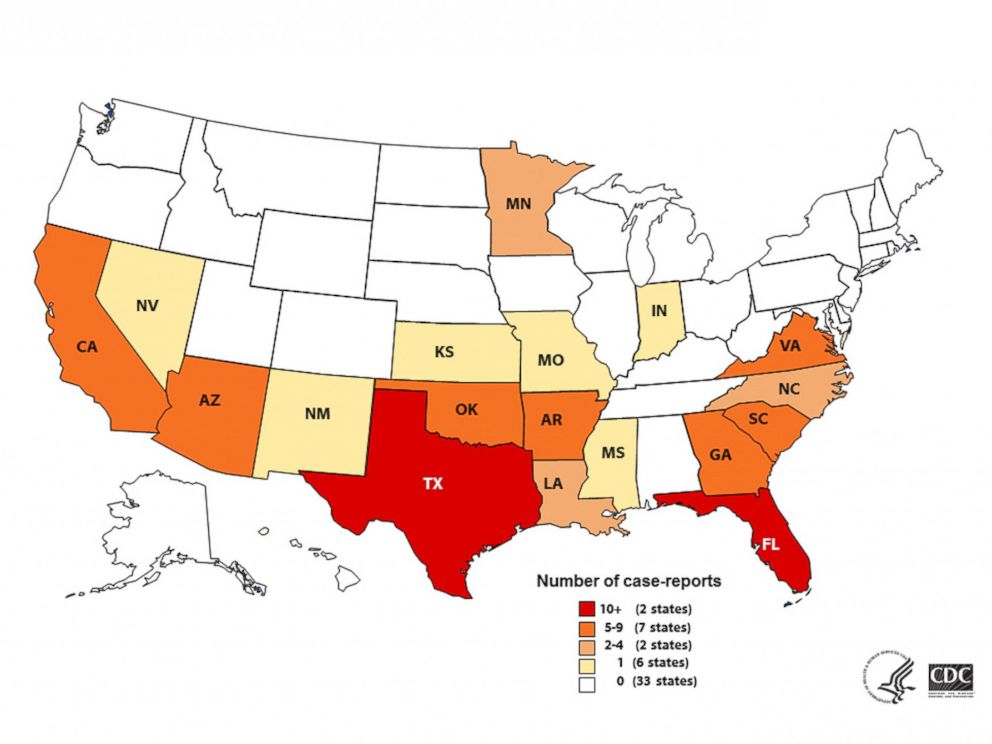 PHOTO: Naegleria fowleri infections are moving north, according to the CDC.

There have been 132 known cases of primary amoebic meningoencephalitis in the U.S., with the average number of cases per year growing from 2.3 before 1998 to 3.7 after, according to CDC data.

Seven of the 10 warmest years on record for the contiguous 48 states have occurred since 1998, according to the U.S. Environmental Protection Agency.

The warmer weather also means more people swimming, raising the risk of bacterial, viral and parasitic infections transmitted through feces, according to Beach. 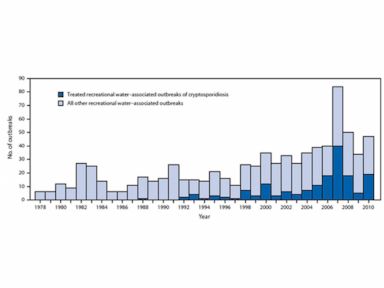 PHOTO: Waterborne disease outbreaks are on the rise, according to the CDC.

There were 81 recreational water-associated disease outbreaks reported in 2009 and 2010, according to the latest CDC data. Forty-five of them were caused by bacteria, viruses and parasites. That’s up from 39 outbreaks in 1999 and 2000, 20 of which were associated with pathogens, the agency said.

“Swimming is a communal bathing activity, and a lot of this [disease outbreaks] can be about who you’re swimming next to,” said Beach, describing how pathogens lurking in trace amounts of diarrhea on the skin or in kids’ diapers can get unwittingly swallowed by other swimmers.

But lakes and rivers aren’t the only source of waterborne infections. The leading cause of recreational water illness, a parasite called cryptosporidium, is “very tolerant to chlorine disinfection,” according to the CDC. That means pools can spread illness, too.

“We’re not saying to not swim. But because you do it with other people, make sure you’re healthy before you get in,” Beach said, stressing the importance of showering before and after swimming. “And minimize how much water you swallow.”

The CDC recommends the following tips for safe summer swimming: