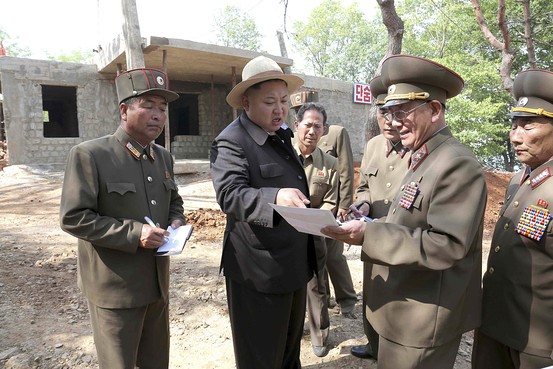 South Korea has released fresh statistics on North Korea’s economy. But unfortunately the numbers are wrong. And the problem lies not with the mendacious North, but the self-effacing South.

Sadly, you can’t trust any trade figures about North Korea issued by the South. Why? Because with maddening false modesty, Seoul excludes inter-Korean trade as supposedly not foreign. Since South Korea is in fact the North’s number two trade partner after China – and had looked set to grab the #1 slot, just a few years ago in the sunshine era – this seriously messes up the stats.

The true total was $8.49 billion, of which $1.15 billion was with South Korea. The total is actually down 3.3% from 2012’s $8.78 billion, which included a record $1.97 billion in inter-Korean trade. The latter plunged in 2013 due to the five-month closure of the Kaesong Industrial Complex, the sole commerce with the North that Seoul now allows.

With the KIC back in business, North-South trade is perking up again. 2014’s total may well approach the 2012 figure, so excluding this really is inexcusable.

Real economic data on North Korea are few and far between. Pyongyang stopped publishing any regular statistics in the 1960s, when its stellar early growth began to slow down. (But the North remained the richer of the two Koreas into the 1970s, incredible as that seems today.) Nowadays, even the finance minister’s budget speech doesn’t include a single hard number.

In this desert, trade figures are a rare oasis. Here too North Korea is silent. But it takes two to trade; and Pyongyang’s partners, being normal nations, publish their own customs and similar data. Hence it’s feasible, albeit laborious, to trawl through the whole world’s commerce and tease out the microscopic portion which involves the DPRK.

This has its pitfalls. Some countries get their Koreas muddled up. If you see a sudden spike in the stats, beware. Back in the 1990s Mexico’s ambassador in Beijing told me that a seeming surge in Mexico-DPRK trade was actually just a coding error. Mexican customs officials had been ticking the wrong box, attributing what was really trade with South Korea to the North.

Like disease, error is infectious. Ian Bremmer, whose Eurasia Group is a leading political risk consultancy, likes to post stats on Twitter. On April 27 he tweeted North Korea’s five main partners for exports and imports. No mention of South Korea, which in fact was second under both heads: receiving DPRK exports worth $617 million and sending imports of $532 million. Far behind China’s $3 billion-odd each way, but streets ahead of Russia and other small fry.

Really, South Korea has no business tripping up folks like this. Why do they do it? You guessed: To make a political point. Each Korean regime still formally claims it is the sole legitimate government on the peninsula. Ergo, the logic runs, inter-Korean trade is a special case – and isn’t foreign.

But this is specious. Economic statistics are supposed to be neutral, standardized tools. This is not the place to start playing politics and messing with the numbers. South Korea is generally praised for the quality and reliability of its statistics. Why put that hard-won reputation at risk?

China Does It Better

Seoul should take a leaf out of Beijing’s book. The PRC is if anything even more sensitive on issues of national division than are the Koreas. Its situation is also more complicated, with not only Taiwan to contend with but also two further Chinese territories, Hong Kong and Macau, which for certain purposes – especially commerce – are treated as juridically separate entities.

If China were perverse like South Korea, it would omit all three from its trade figures as not foreign – and confusionism would reign. But Beijing has more sense. Its customs statistics list Hong Kong, Macau, and “Taiwan, Prov[ince] of China”, in alphabetical order in among other countries. Clearly China doesn’t feel either honor or diplomacy are compromised by so doing.

A great opportunity now looms for South Korea to start doing the right thing. In the next few weeks the Bank of Korea will issue its annual gross domestic product estimates for North Korea last year. DPRK GDP as such is a whole other can of worms, which we won’t go into here.

On past form BOK will also include numbers for the North’s foreign trade, and – separately – inter-Korean trade. Wouldn’t it be nice if this time, and henceforth, BOK also merged those figures together, to give us the true picture of North Korea’s overall trade figures and trends?

A G-20 country of South Korea’s stature should know better than to play political games with numbers. This only creates errors and sows confusion. President Park Geun-hye’s watchword on North Korea is Trustpolitik. To that end, could Seoul please start delivering Truststatistik?

The author is honorary senior research fellow in Sociology and Modern Korea at Leeds University, UK and a freelance writer and consultant on both Koreas. For three decades (1983-2012) he wrote The Economist Intelligence Unit (EIU)’s quarterly Country Reports on North Korea. Any exasperation above derives from all those years of having to recalculate Seoul’s obfuscatory figures, and pleading in vain with BOK, Kotra et al to change their ways.