How the Yuan Could Win Reserve Currency Status Even if the U.S. Objects – Real Time Economics 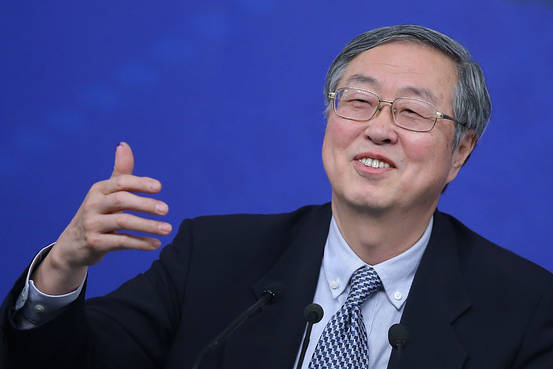 Will the U.S. back China’s latest bid to make the yuan a global currency? It may not really matter.

Washington’s veto-power at the International Monetary Fund may not apply when the executive board decides later this year whether to include the yuan in the elite basket of currencies that comprise the IMF’s emergency lending reserves.

China’s bid to get its currency included in the IMF’s Strategic Drawing Rights, or SDR, has recently gained support from key U.S. allies as Beijing increasingly flexes its muscle in the global economy.

The inclusion of the yuan in the SDR doesn’t mean the yuan will rival the dollar anytime soon. But it could accelerate the liberalization of China’s long-closed financial markets and boost demand for the yuan by the world’s central banks. It would also be a key step in projecting China’s growing economic power in the international economy.

IMF officials already appear to be backing the move. Managing Director Christine Lagarde said in Beijing earlier this month it’s more a matter of when than if the yuan should be included. And at the fund’s spring meetings, she said the IMF needs to “better integrate fast growing emerging markets,” including as it reviews the SDR currency basket.

There are two major principles the IMF follows to determine whether a currency should be included in the SDR: Is it stable and is it used in international transactions? If the fund wants to change those principles, then a supermajority representing 85% of the fund’s 188 member countries must back the changes. Because the U.S., as the largest shareholder, holds roughly 17% of the fund’s total voting shares, it can block such changes.

But if a currency is deemed to meet those principles, then only a 70% majority is required to approve it in the SDR, according to the fund’s articles.

By most economists’ accounts, China has largely met one key determinant for fund staff in weighing whether a currency meets those principles: the importance of the country in world trade. J.P. Morgan economist Haibin Zhu says China accounted for 12.4% of world exports last year, far surpassing the U.S.’s 8.6% share.

The extent to which China has met the second criterion–how freely the yuan is used in international markets—is less clear.

China’s been buffing up its “freely-usable” credentials. It has substantially ramped up the amount of trade paid for in yuan. And it is has slowly opened up its borders to international investment. Or in economic terms, Beijing has gradually liberalized its capital account.

Full capital-account convertibility would mean that the yuan could be freely exchanged for foreign currencies without any constraints. But China still maintains controls on capital and its exchange rate, raising questions about whether the yuan is truly “freely usable.”

U.S. Treasury Secretary Jacob Lew said that despite Beijing’s efforts, the government still has more work to do to internationalize the yuan: “Further liberalization and reform are needed for the (yuan) to meet this standard,” he said in March.

But Zhou Xiaochuan, governor of the People’s Bank of China, argues that only a “certain degree of capital account convertability” is needed to meet the “freely usable” criteria. He said Beijing has largely met most of the IMF’s benchmarks.

Mr. Zhou told the IMF’s policy committee at the spring meetings that most of China’s capital transactions are fully or partly convertible.  “Therefore, China is not far from achieving its goal of RMB capital account convertibility,” he said. Beijing plans to this year target those remaining issues, such as allowing issuance of shares and other financial instruments by international investors, he said.

In the meanwhile, a working paper published in February by the Bank for International Settlements argues that the significant gap between the value of the yuan inside China and the currency traded in offshore markets  “to a large extent reflects restrictions on onshore foreign exchange trading and barriers to cross-border (yuan) movements.”

J.P. Morgan’s Mr. Zhu also questions the extent to which China has met the four indicators proposed by the IMF in 2011.

But the central bank chief is also trying to change the IMF’s conventional view that there should be few, if any, cross-border controls on capital.

“The capital account convertibility China is seeking to achieve is not based on the traditional concept of being fully or freely convertible,” Mr. Zhou said. “Instead, drawing lessons from the global financial crisis, China will adopt a concept of managed convertibility.”

Over the past several years, the IMF reversed its wholehearted opposition to capital controls. In the wake of the 2008 global financial crisis, the U.S. Federal Reserve started pumping trillions of dollars into the economy. That fueled massive flows of capital in emerging markets as investors sought higher yields amid a low interest-rate era. As their economies started over-heating from the surge in capital flows, the IMF acknowledged that restraints on cross-border investments could prove healthy tools to prevent financial turmoil.

Inclusion of the yuan in the SDR could further institutionalize that more benevolent view of capital controls.

And Mr. Zhu notes that the IMF incorporated Japan’s yen into the SDR basket in 1973 even though the country didn’t liberalize its international capital flows until 1980.