How to Guarantee Yourself the Jackpot in the Biggest Lottery Ever—In Theory, Anyway – Real Time Economics 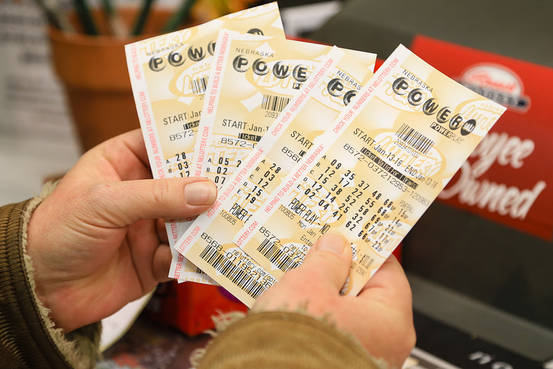 The cash value of the jackpot is now larger than the cost of buying every single ticket.
NATI HARNIK/ASSOCIATED PRESS

People scooped up 440 million tickets at $2 a pop for Saturday night, with the hope of winning a cool $949.9 million in the multistate Powerball lottery. Nobody won. The jackpot is now a whopping $1.5 billion, the biggest U.S. jackpot ever, and will likely keep growing until the next draw Wednesday. Lottery fever is here.

The jackpot has passed a different threshold, too: The cash value of the jackpot is now larger than the cost of buying every single ticket. You heard that right. You can guarantee yourself the jackpot in the biggest lottery ever.

The primary problem to consider is cash you’ll need up front. With odds of 1 in 292,201,338 for the jackpot, it means you would need $584.4 million to play every combination. Do you have some rich and/or smart friends? Voltaire did, and in the 18th century he joined a group of entrepreneurs and bought up a French government-sponsored lottery. If you can get together the money, you’re one step closer to dreams of greater fortune (and a story about you in The Wall Street Journal).

It’s very easy to dream big, but you need to think small. There are some niggling practicalities that might get in the way. First, you need to purchase every ticket. If you’re doing this in New York, for example, you’re going to have to find a string of bodegas to buy your tickets. Each play slip has space for five games, so you would need a stack of over 58 million to fill out. You could probably do this with a printer, a lot of ink, and a computer program to fill in your choices of number.

Powerball sales are allowed almost all day, save for a brief period leading up to the draw, and a brief period overnight, using New York State as an example. This gives you the time between draws to buy all your tickets—four days in total. You would have to buy tickets at an eye-watering 172.7 play slips per second. Don’t forget you have to hand over every single one, since it’s not possible to buy in bulk or automate the purchase of Powerball tickets. A spokesperson for the New York State Gaming Commission says that a transaction should take “no more than three seconds.” At that pace, you’re going to need access to 519 terminals simultaneously to process your tickets.

But let’s say you manage to pull this off. It’s Wednesday evening, and you’re sitting (surrounded by piles and piles of tickets) safe in the knowledge that you’re going to win. How much would you win? The combination of the $930 million cash jackpot, the increase in the size of the jackpot from your own ticket purchases (around an extra $118 million), along with winning every possible smaller prize (only an extra $93.5 million) puts the take over $1 billion. Congratulations! You were already a one percenter to begin with, but now you’re really rich.

But there’s more! Did you know you can write off the losing tickets as gambling losses? You spent about $560.9 million on losing tickets, after all. Since that’s less than your total prize money, you can write it off. Your taxable income for 2016, assuming no other income since you probably won’t work again, would be $580.3 million. The federal tax would be $229.8 million, so your winnings would be worth $327 million—a return on investment of 36%.

There is one huge risk to this scheme, though. Someone else might win the jackpot, and then you’ll have to share.  If one other person matches all of the numbers, you go from a profit of $327 million to a much smaller win of $10.6 million. If the pot splits three or more ways, you’ll start to lose lots of money from your scheme. And with so many players buying tickets for this draw, there could be dozens of winners to carve up your prize. It’s happened before, though luckily for the winners, it was for jackpot they didn’t have to split: In 2005, a fortune cookie foretold the correct numbers for a second-place prize, and 110 people won.

But, hey, risking a few (million) dollars on the lottery is part of the fun, right?

—Richard Rubin and Josh Zumbrun contributed to this article.

Why an Economist Plays Powerball

Should You Play the Lottery?

Lottery Lift? States Hope for Their Own Powerball Jackpots