How to Prevent Four of Five Heart Attacks 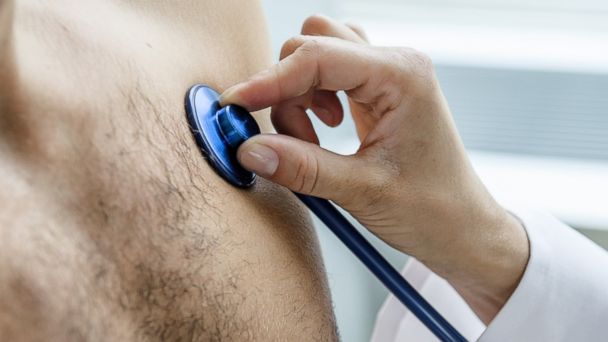 We’ve all been told to maintain a healthy lifestyle to prevent heart attacks, but a new study shows just how important certain health habits can be.

Researchers in Sweden followed more than 20,000 men for 11 years. The ones who didn’t smoke and maintained several good health practices reduced their heart attack rates by 86 percent, according to a study published today in the Journal of the American College of Cardiology.

In other words, they prevented four out of five heart attacks.

“What is surprising is how drastically the risk dropped due to these factors,” said Agneta Akesson, lead author of the study and nutritional epidemiologist at the Karolinska Institute in Stockholm, Sweden.

According to Akesson’s study, men at lowest risk for a heart attack didn’t smoke, walked or biked for at least 40 minutes per day, exercised at least one hour per week, consumed one to two glasses of alcohol daily, and followed a diet with fruits, vegetables, legumes, nuts, reduced-fat dairy products, whole grains and fish. A waist measuring less than 38 inches was also associated with fewer heart attacks.

“Everyone wants to quickly grab a hamburger on their way somewhere…our eating habits are very poor,” said Dr. Prakash Deedwania, a cardiologist at the University of California San Francisco and member of the American College of Cardiology’s Prevention Committee.

But researchers found even a few small habits dramatically decreased the risk of a heart attack. For example, not smoking reduced heart attack rates by 36 percent, while a healthy diet plus moderate alcohol consumption lowered it by 35 percent.

“We are not asking people to do a whole lot, these are simple things,” said Deedwania, who was not involved with the study. “We need to make every effort to drive this message home.”

The study found that if only half the population followed a healthy lifestyle, up to 40 percent of heart attacks could still be prevented.

Even people who have high blood pressure, high cholesterol and a history of other heart attacks can change their future risk by leading a healthier life, Deedwania added.

Heart disease continues to be the No. 1 killer in America, according to the Centers for Disease Control and Prevention. While there are some risk factors people can’t change – such as genetics and age – many can be modified.

You’re probably not shocked that a healthy lifestyle can prevent heart attacks, but now studies are showing that even small lifestyle changes can make a big difference. The single most important step is to stop smoking.

People should meet with their family doctors to set personal goals about diet and exercise. Additionally, medications to control blood pressure, cholesterol and diabetes can play an important role in heart attack prevention.