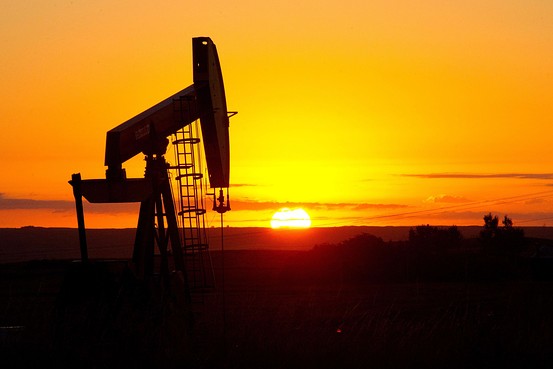 A spike in oil prices is perhaps the most plausible threat to the global economy from the latest Middle East turmoil. Pictured, an oil well near Tioga, North Dakota.
Agence France-Presse/Getty Images

What could go wrong? U.S. economic policy makers have that question on their minds these days as escalating tensions in the Middle East and Eastern Europe threaten to restrain a mounting U.S. recovery.

It’s hardly a new risk to the current economic expansion. Disruptions to oil supplies and broader worries about a fragile global economy have weighed on the U.S. recovery repeatedly over the past five years. The Arab Spring and Libyan intervention pushed up oil prices. And the many stages of the euro crisis weighed on sentiment among investors and corporate executives.

The latest risks come at a time when the U.S. recovery is looking less and less gloomy–providing a bit of a cushion. The job market is delivering a steady stretch of expansion. Consumer confidence has returned to pre-recession levels. Factories, apartments and office buildings are soaking up unused capacity. All of that makes the U.S. look far better than the euro zone (struggling to deliver any growth ), China (facing the end of a giant credit boom) and Japan (contracting sharply).

1. A spike in oil prices is perhaps the most plausible threat to the global economy from the latest Middle East turmoil. A moderate supply shortfall due to trouble spreading throughout Iraq or Libya could be met by spare production in major producers such as Saudi Arabia. The surge in U.S. oil production in recent years would help mitigate the hit to U.S. consumers.  That’s one reason oil prices have remained contained in recent weeks.

But oil is priced on global markets, so most Americans would still pay a price if there’s a supply disruption. The U.S. response here would be straightforward. The nation’s 727-million-barrel Strategic Petroleum Reserve was last tapped in June 2011 alongside a release by the International Energy Agency,  when supply from Libya was disrupted. That’s the quickest and most effective way for the Obama administration to deal with a short-term pullback in the global oil market.  Signaling a potential release is at the top of the playbook whenever troubles mount.

2. Broader risk aversion in financial markets would be harder to counteract. U.S. stock markets are already showing signs of nervousness, with a slight pickup in volatility in recent weeks, though equities sit at lofty levels. Central bankers around the world are on high alert for signs of trouble. ”There is no doubt that if you look at the world today, you see the geopolitical risks have increased all over the world,” European Central Bank President Mario Draghi said last week.

For the Federal Reserve, overseas troubles that hit U.S. markets could be offset by signaling later interest-rate increases than some investors now fear. That signal alone could be enough to buoy markets. Fed Chairwoman Janet Yellen already this summer identified “global risks” as a potential threat to her economic outlook, and is no doubt watching them closely.

3. Fear among consumers and businesses would be perhaps the toughest force for U.S. policy makers to offset. Words won’t have much affect if conditions overseas grow substantially uglier. The room for either sweeping new measures in monetary policy or fiscal policy (say, stimulus checks to goose Americans’ shopping) is limited.  Congress hasn’t been able to agree on much when it comes to spending or taxes. That will remain the case at least until the November elections.

What would Washington do?  White House officials say a lot of the same things the economy needs right now would need to happen just as much, if not more, if trouble hits. ”Investments in infrastructure, reforming the business tax system, improving training–all of that will increase the resilience of the U.S. economy,” Jason Furman, chairman of the White House Council of Economic Advisers, told the Journal last week.