How Will the U.S. Fare in 2016 and Beyond? Top Economists Break Out Their Crystal Balls – Real Time Economics 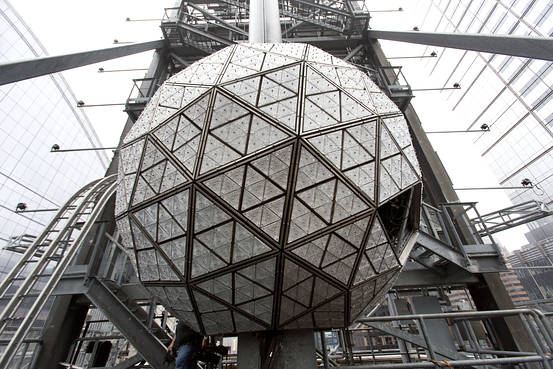 “The U.S. economy is now in very good shape,” economist Martin Feldstein said. “…Looking ahead, the growth of GDP in 2016 will be limited by the absence of excess capacity in the economy rather than by a lack of demand.”
MARK LENNIHAN/ASSOCIATED PRESS

Nobel laureates, Federal Reserve policy makers and other top economists converged on San Francisco for the American Economic Association’s annual conference, which began Sunday and runs through Tuesday. One topic of discussion: the state of the U.S. economy and its prospects at the start of a new year. Here are highlights from some of the first day’s panels and speeches:

“The U.S. economy is now in very good shape. We’re essentially at full employment, with the overall unemployment rate at 5%, and the unemployment rate among college graduates a remarkably low 2.5%….Looking ahead, the growth of GDP in 2016 will be limited by the absence of excess capacity in the economy rather than by a lack of demand….The primary risk to the U.S. economy in the coming year is probably the mispricing of assets and the provision of high-risk loans, both of which are the result from excessive reaching for yield by investors and lenders because of the very low interest rates at all maturities that have prevailed in recent years.”

“I think there is a problem of underlying aggregate demand, that the headline unemployment rate disguises a lot of unemployment and that while it is very good news—…there is essentially full employment of college graduates—there are large parts of the American labor market that [are] underemployed or unemployed. And that’s reflected in inflation, inflationary pressures, and one of the reasons wages have been doing so poorly.”

President of the Federal Reserve Bank of Cleveland

“The economy has made substantial progress toward the Fed’s goals of maximum employment and price stability—enough progress that in December the [rate-setting Federal Open Market Committee] moved its target federal funds rate up by 25 basis points from essentially zero, where it had stood for seven years. Even with this increase, monetary policy is expected to remain accommodative for some time to come and will continue to support the expansion. I believe this first step on a gradual path toward more normal policy should be viewed as welcome news. It is an indication of monetary policy makers’ confidence that the economic progress we have seen in recent years will continue.”

“It’s much harder to achieve sustained economic growth over 3% with declining labor-force participation….Nearly one in five prime-age adults are sitting on the sidelines today and not participating….That points out just how the unemployment rate, the 5% unemployment rate—while it’s a terrific victory in terms of recovery from the recession—it is only a small slice of the underutilized talent in the economy.”

What Economic Forecasters Got Right, and Wrong, in 2015

Year in Review: No Breakout for Economy, but Jobs, Earnings Grew

Year in Review: Top Stories on Real Time Economics in 2015