With an upcoming mission to Mars, NASA is studying the ways that living in space affects both men and women.

In a study published this month in Journal of Women’s Health, researchers from NASA and National Space Biomedical Research Institute (NSBRI) went through decades of data to understand how living in zero gravity takes a toll on both men and women.

The team reviewed data on the 534 people to have flown in space at the time of the study, including 57 women, and studied cardiovascular, reproductive, musculoskeletal, immunological and behavioral health.

Changes in zero gravity included worse vision problems among some men, calcium loss for both sexes, and for some female astronauts, an inability to stand for long periods without fainting after landing back on earth, according to the study.

Dr. Saralyn Mark, a lead author on the study and a senior medical adviser at NASA, told ABC News that one ongoing problem for those flying in space is that the eye and even eyeball can be affected by zero gravity. 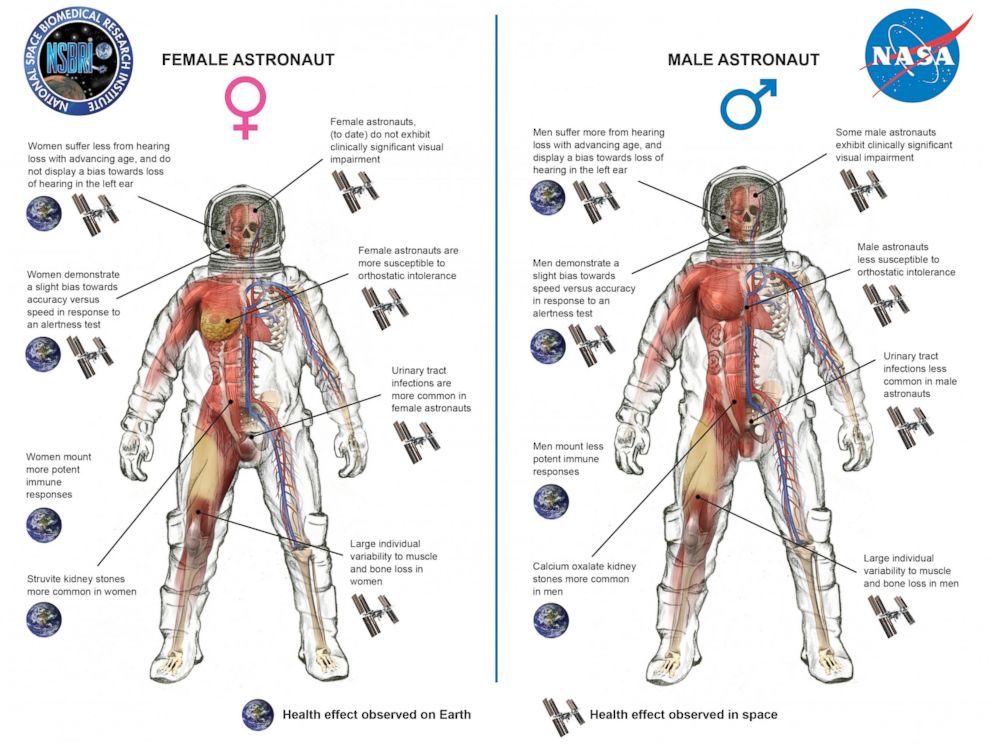 PHOTO:The ways women and men are different in zero gravity is noted in this info graphic provided by NASA.

While only a small portion of astronauts were studied, 82 percent of male astronauts, or 14 out of 17, were found to have suffered from changes to their vision that researchers called visual impairment intracranial pressure, or VIIP.

They called the impairment “one of the most serious spaceflight-related health risks.” 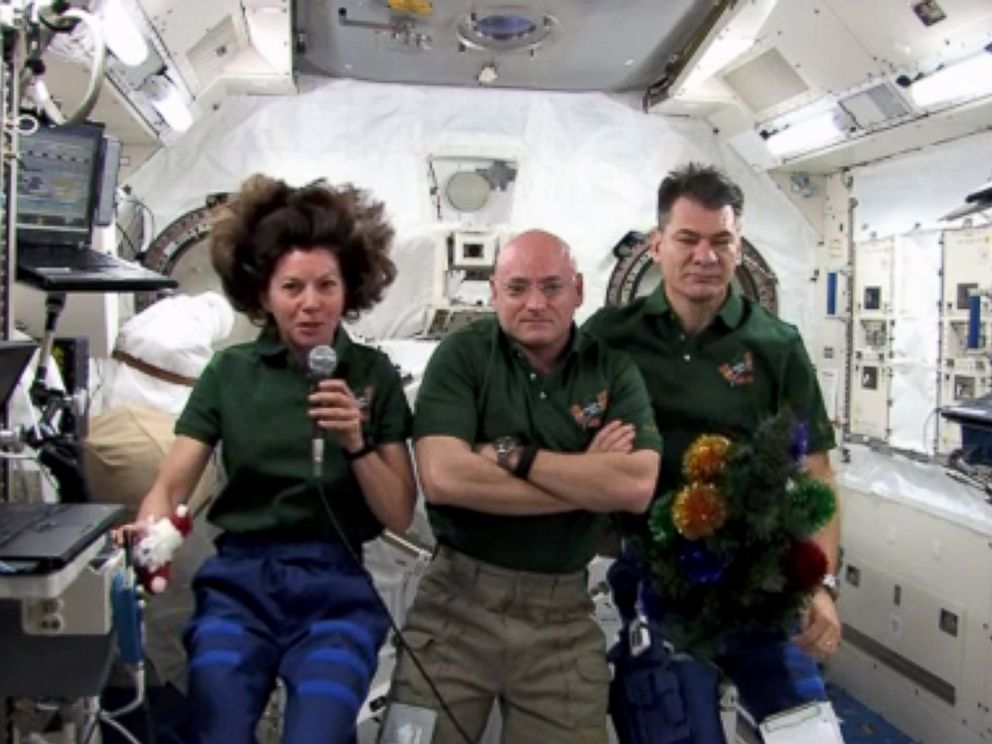 While male astronauts battled to keep their eyesight, female astronauts have faced other difficulties back on terra firma. Female astronauts were more likely to fainting while standing when they initially come back to earth, the study found.

Causes for these fainting incidents could range from a loss of plasma volume in space to the different ways men and women’s cardiovascular systems react to stress, Mark said.

“Some have fainted, some feel like they’re going to faint,” Mark said of the female astronauts. “If you’re going to Mars, you need to be able to leave your space vehicle and perform your duties.”

In other cases, both men and women have faced similar problems, including “space motion sickness.” Women in space tend to report more motion sickness as they leave earth and enter the space station, whereas men report feeling queasy more often as they return to earth, the study found.

By reviewing the findings, NASA scientists are hoping to develop devices or medication for specific problems faced by both men and women as they travel into space or even to Mars, Mark said.

“It’s not a question of who is better equipped but really designing specific measures to protect men and women,” Mark said. 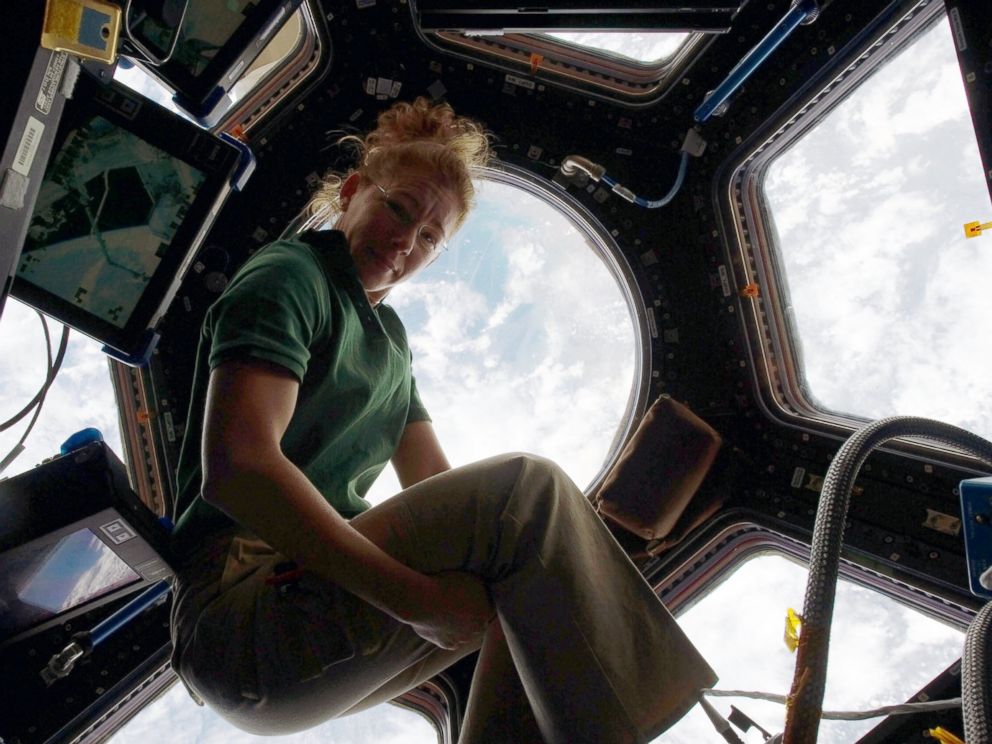 PHOTO: NASA astronaut Sandy Magnus, STS-135 mission specialist, gets one last visit to the Cupola onboard the International Space Station before the two spacecraft undocked, July 18, 2011, in space.

Dr. Bette Sigel, executive secretary for NASA’s Human Exploration and Operations Committee and a co-author of the study, said it’s important to recognize differences between female and male astronauts to ensure that appropriate and tailored steps are taken to protect the health of everyone in space.