Erika Star can’t visit her grandfather’s grave, but if she wants to, she can go to a warehouse in Michigan where his body has been cryonically frozen in a tank of liquid nitrogen for the past seven years.

Instead of being buried or cremated, Star’s grandfather decided long ago that he wanted to be frozen in the hopes of one day being thawed and brought back to life, Star told ABC News. He even wore a bracelet that said, “Upon death, cool the head,” in case he died unexpectedly.

Star said she wore it for a few months in 2007 after he died.

“I thought it was funny that I had that,” said Star, a comedy writer in Portland, Oregon. “Other people keep things for sentimental value, and that’s what I had from my grandpa. He was very much a science nerd.”

Read about how scientists will test extreme hypothermia on trauma patients.

Read more about the icy world of cryonics.

In a column for XOJane.com, Star explained that when her grandfather died, her mother packed his head in ice and frozen peas, and he was eventually driven in a refrigerated van to the Cryonics Institute’s warehouse in Michigan.

He became the 79th patient at the Cryonics Institute and shares a cylindrical storage container of liquid nitrogen with five others, Star said. 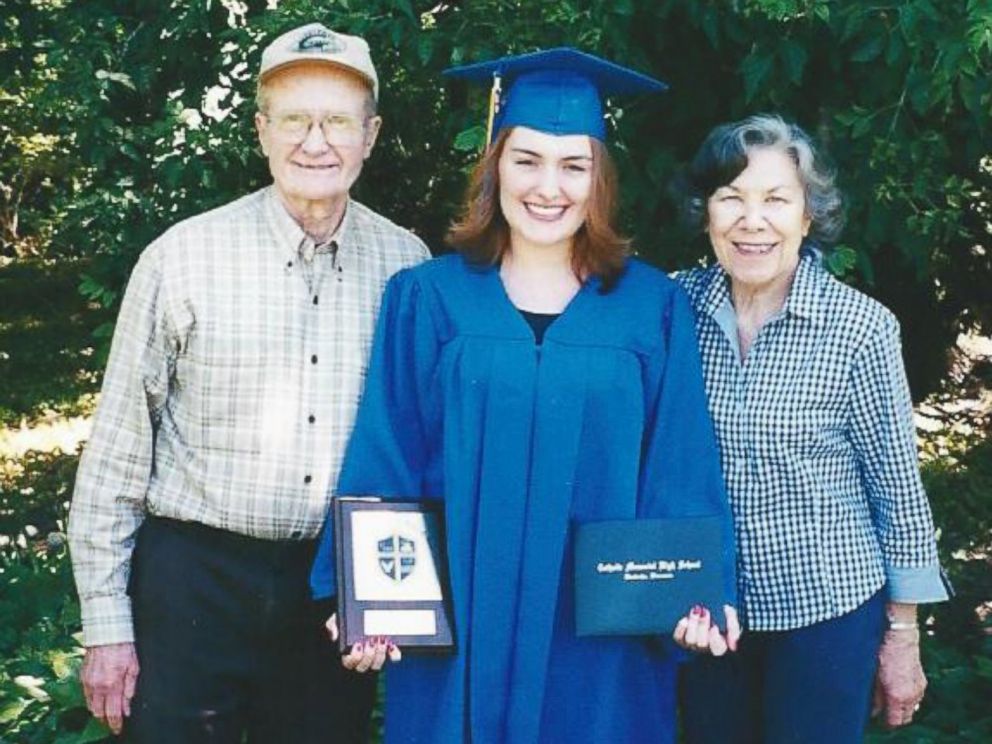 PHOTO: Erika Star poses with her grandfather, who was cryonically frozen when he died in 2007.

The Institute was founded in 1976 by the “father of cryogenics,” Robert Ettinger, who is also frozen in one of the containers. Now his son, David Ettinger, handles legal and media matters for the institute.

“You don’t want to revive people, of course, until you can repair and cure what they died of, which is going to require a wide range of science,” Ettinger told ABC News. “It’s reasonably clear to me that it’s going to happen.”

Since its inception, the Institute has housed nearly 200 “patients,” according to Ettinger (they don’t call them bodies even though they’re all dead). Each body costs $28,000 to freeze and store until it becomes possible to thaw and revive them, he said.

The closest thing to this process today is a small ongoing clinical trial of something called “emergency preservation and resuscitation,” or EPR.

In EPR, patients whose hearts have stopped from traumatic injuries are cooled down for no more than an hour, said Dr. Raquel Forsythe, a trauma surgeon involved in the EPR clinical trial at the University of Pittsburgh Medical Center. The cooling slows down cells’ metabolic needs, giving doctors extra time to fix the patients’ injuries.

OK, those are big differences.

But on the much smaller scale, fertility specialists have been freezing and thawing sperm and human embryos for in-vitro fertilization since the 1970s, according to Dr. James Grifo, who directs the fertility center at NYU Langone Medical Center. A baby born last year came from sperm frozen in 1978, he said.

“The biggest problem with freezing is water and the ice crystals that result,” Grifo said. “If ice crystals damage cytoskeletal structures, then the cell doesn’t survive.”