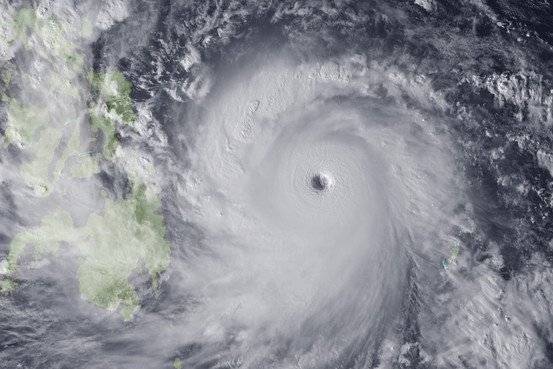 Tropical storms may pass over an area in less than a day but the economic impact on the ravaged areas can last for two decades.

That’s the finding of a new study that looked at the impact on long-run income growth from a cyclone (called a typhoon in the Pacific and a hurricane in the Atlantic). The implications are great as the world grapples with a changing climate.

In the paper “The Causal Effect of Environment Catastrophe on Long Run Economic Growth: Evidence from 6,700 Cyclones,” Solomon Hsiang, assistant professor of public policy at the University of California, Berkeley, and Amir Jina, a doctoral candidate at Columbia University examined the economic performance of nations hit by tropical cyclones from 1950 through 2008. To measure a storm’s intensity, Messrs. Hsiang and Jina used wind speed.

What they found is that the popular idea that disasters stimulate growth and economic losses are made up quickly isn’t true. Storms cause a long-running reduction in per capita real gross domestic product.

The researchers found if during the course of a year each location in a country experienced maximum cyclone wind speeds of 9.4 meters per second (m/s) above average (about an extra 21 miles per hour), this would result in national income being 3.6% lower in 20 years than it would have been without the storm.

The more severe the storm, the bigger the extended damage.

“Fifteen years after a strike, GDP is 0.38 percentage points lower for every additional 1 m/s of wind speed exposure and exhibits no sign of recovery after twenty years,” they write.

In the study, a once-every-10-year hurricane triggered a 7.4% drop in income. The top 1% severest cyclones caused a 14.9% decline.

Climate change raises the stakes on the hurricane-growth connection. “It churns up the volume,” says Mr. Hsiang.

The study estimates that with the instances of severe weather now growing, hurricanes could cause the global economy to lose $9.7 trillion in income in the long run.
Mr. Hsiang says it’s unclear what causes the income reduction but one theory is “When you lose a bunch of stuff, you replace it. So you use money that could have been invested in other items.” That diversion includes rebuilding beach homes or replacing washed-out roads.

First, “geography matters,” says Mr. Hsiang. The Philippines’ exposure to typhoons is one reason why its economic growth has been lower than more-protected China.

Second, government policy should become more pro-active. “There’s a tendency to put out fires,” says Mr. Hsiang. “We should be protecting stuff” before the storms hit. Such policies could include building codes that require structures to be built on stilts.

For those concerned about future economic growth, doing nothing to prepare for storms isn’t an option.