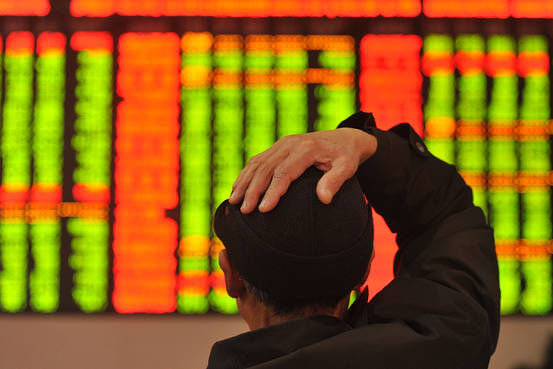 An investor reacts at a stock exchange hall Monday in China. Chinese shares slumped on the first trading day of 2016, forcing authorities to halt all mainland trading.
CHINAFOTOPRESS

China’s slowdown and rising volatility in emerging markets are two of the top global economic risks International Monetary Fund chief economist Maury Obstfeld is watching out for in 2016.

Global stocks took a hit on the first trading day of the new year following a rout in Chinese markets, fueled by another bout of disappointing data in the world’s second-largest economy.

Growth challenges in China and other emerging markets are expected to force the IMF to downgrade its global economic forecast for the year when the fund posts its latest outlook in January. Global growth will be “disappointing and uneven,” IMF Managing Director Christine Lagarde said late last week.

Beijing is facing critical decisions in the coming months on how to overhaul the economy. Leaders are trying to wean the economy off of credit-driven, export-reliant policies and foster more domestic demand. Aside from shifting the country from an industrializing nation into a middle-income economy, that restructuring is required to ensure sustainable long-term growth and avoid a financial maelstrom amid overinvestment and meager global demand.

But it is a massive political and economic undertaking. And any missteps are likely to send shockwaves around the globe.

The spillovers of China’s faster-than-expected slowdown–largely through falling demand for commodities and other imports–have been larger than the IMF expected.

Growth below the authorities’ official targets could again spook global financial markets, he said. At the same time, if China relies too heavily on “time-honored methods of enforcing growth targets” such as credit-stimulate growth, Beijing “could simply extend economic imbalances, spelling possible trouble down the road.”

Among the IMF’s recommendations are tax cuts or more state benefits for the poor to drive consumption.

China’s growth problems are just one of many headwinds buffeting other emerging-market economies around the world. Weak commodity prices, high debt levels and rising borrowing costs are also taking their toll, helping to push some of the largest economies into sharp slowdowns or contractions.

Mr. Obstfeld warns their troubles are likely not yet over.

“The year will offer an abundance of challenges….Emerging markets will be at center stage,” he said.