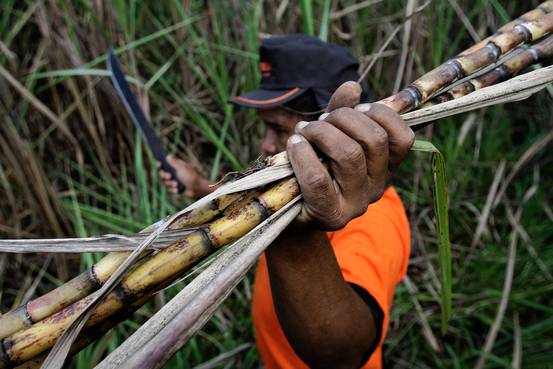 A worker collects sugar cane at a farm in Brazil, where firms bulked up on cheap debt.
ERALDO PERES/ASSOCIATED PRESS

Emerging markets should brace for a rise in corporate failures as a debt-bloated firms struggle with souring growth and climbing borrowing costs, the International Monetary Fund warned Tuesday in a new report.

From sugar firms in Brazil to pipe makers in Russia, firms in developing countries bulked up on cheap debt as central banks gassed the easy-money pedal in the wake of the financial crisis.

Then, emerging markets were the drivers of global growth. Developing-country firms quadrupled their borrowing from around $4 trillion in 2004 to well over $18 trillion last year, with China accounting for a major share.

Now, prospects in industrializing economies are weakening fast even as the U.S. Federal Reserve is getting set to raise interest rates for the first time in nearly a decade, a move that will raise borrowing costs around the world. The burden of 26% larger average corporate debt ratios and higher interest rates come as commodity prices plummet, a staple export for many emerging-market economies. Compounding problems, many firms borrowed heavily in dollars. As the greenback surges against the value of local currency revenues, it makes repaying those loans increasingly difficult. That massive debt build-up means it is “vital” for authorities to be increasingly vigilant, especially to threats to systemically important companies and the firms they have links to, including banks and other financial firms, the IMF said.

“Monitoring vulnerable and systemically important firms, as well as banks and other sectors closely linked to them, is crucial,” said Gaston Gelos, head of the fund’s global financial stability division.

Shocks to the corporate sector could quickly spill over to the financial sector “and generate a vicious cycle as banks curtail lending,” the IMF said.

And emerging markets should also be prepared for the eventuality of corporate failures, it warned: “Where needed, insolvency regimes should be reformed to enable rapid resolution of both failed and salvageable firms.”

The issue, presented in a report prepared ahead of the IMF’s annual meetings next week in Lima, Peru, will likely take center stage at the gathering of the world’s finance ministers and central bankers.

The Institute of International Finance on Tuesday estimated global investors have sold roughly $40 billion worth of emerging-market assets in the third quarter of the year, which would make it the worst quarter of net-capital outflows since late 2008. The IIF represents around 500 of the world’s largest banks, hedge funds and other financial firms.

Besides the petroleum sector, where borrowing didn’t anticipate the nosedive in prices, the construction industry is particularly exposed to the changing business climate, the IMF said.

Worried about the building risks, investors have been selling out of many emerging markets, pushing down equity and exchange-rate prices, and pushing up borrowing costs. That market turmoil is exacerbating their economic woes.

In Latin America’s six largest economies, for example, the average growth rate has fallen from 6% in 2010 to around 1% this year. Brazil’s central bank last week said the country’s recession is far worse than expected.

China’s recent market turmoil and faster-than-expected economic slowdown is in large part fed by worries over the massive rise in China’s borrowing and whether the economy is vulnerable to a host of credit-driven bubbles in real estate, construction and other sectors.

Rapid credit growth has been a harbinger of previous emerging market crises. While economists say many countries have learned from the past by building up currency reserves and allowing flexible exchange rates to buffer against downturns, the mounting risks for many emerging markets are fueling worries across the globe.

Further complicating emerging market problems, the changing structure of financial markets leaves many developing economies exposed to major outflows of capital as investors scramble to exit. That can lead to fire sales and a breakdown in markets.

To help guard against building risks, the IMF said policy makers should introduce stronger financial regulations such as higher cash buffers for exchange-rate exposures and conduct stress tests to weed out problem firms.