Infrastructure is at the top of the agenda in the world of economic policy as officials try to rev up a nearly idling global growth engine.

But will it deliver the long-term growth gains that policymakers claim? History indicates not, according to a new working paper published by the International Monetary Fund.

The Group of 20 largest industrialized and developing nations are looking to infrastructure investment as a key plank in their plans to boost global gross domestic product by 2% over the coming half-decade. 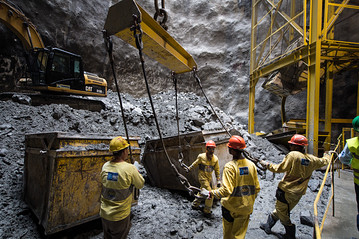 “Investment in Infrastructure is a catalyst for growth and jobs,” Australian Treasurer Joe Hockey, whose country is chairing the G-20 this year, said in April. “There is plenty of money out there, but we need to get the settings right to encourage it to go into major new infrastructure investments.”

The World Bank is getting in on the act, setting up a global infrastructure fund aimed at channeling finance into projects it hopes will boost jobs and growth. Last week, the development organization said it’s helping the U.S. pick electricity projects for its Power Africa campaign.

But IMF economist Andrew Warner argues the empirical record on big infrastructure investments and public-funding drives in developing countries shows only a weak association with short-term growth and “there is little evidence of long-term positive impacts.”

Theory is often humbled by reality, however.

“In fact a slump in growth rather than a boom has followed many public capital drives of the past,” Mr. Warner said.

“Case studies indicate that public investment drives tend eventually to be financed by borrowing and have been plagued by poor analytics at the time investment projects were chosen, incentive problems and interest-group-infested investment choices,” he said.

Otherwise, the debt problems that have wracked the global economy over the last half decade could be here to stay.