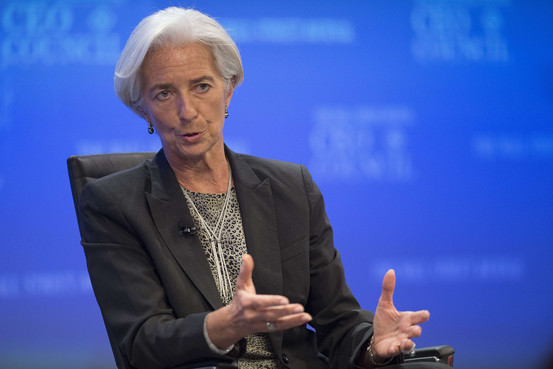 Fearful that turmoil is brewing in opaque areas of the global financial system, the International Monetary Fund is renewing its call for greater oversight of the so-called shadow-banking industry.

“The evidence calls for a better supervision of institution-level risks,” the fund said Wednesday in a new assessment of the global financial system. “Currently, the oversight of the industry focuses on investor protection and disclosure, and regulators conduct little monitoring in most countries,” the fund said.

But lending–and risks—have since migrated to the shadow-banking industry. The sector, which includes mutual funds, exchange-traded funds, hedge funds and other institutional investors, has ballooned since the financial crisis. It now has over $75 trillion in assets. The IMF has identified several key risks where regulators and investors need to pay greater heed.

A large number of assets are managed by a small number of institutional investors. That means any change in the consensus on interest rates or the global economy can send shock waves through markets as those investors moved in or (more importantly) out of equities, bonds or currencies.

“If funds exacerbate the volatility of capital flows in and out of emerging markets or increase the likelihood of contagion, significant consequences will be endured by the recipient economies,” the fund warned.

If investors rush to the exits en masse, acting as a herd, asset prices could plummet and markets could face funding problems. “One cannot take for granted that liquidity will be there when markets become under stress,” IMF financial counselor José Viñals said late last year. And while shares of many funds are freely tradable, the assets in the portfolio are often a lot less liquid. That can effectively pour sand into the gears of the financial system. That liquidity mismatch is most notable among bond mutual funds, especially corporate and emerging market debt funds, the IMF said.

One way to prevent liquidity mismatch problems, the IMF suggests, is through redemption fees.

“Regulators should find ways to reduce the incentive for investors to withdraw their money when they see others exiting,” said Gaston Gelos, a senior author of the report.

Regulators Are in the Dark on Shadow Banking, Says BOE’s Cunliffe