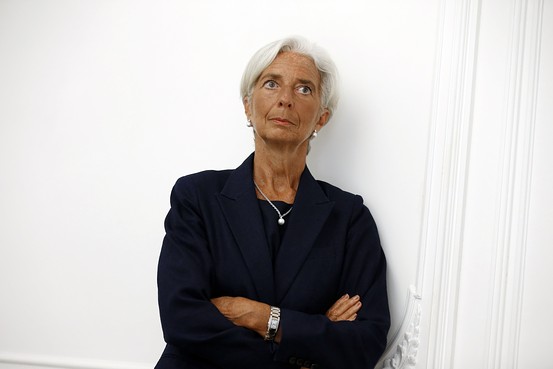 One of the world’s most influential women, International Monetary Fund Managing Director Christine Lagarde, applauded Japan’s effort to get more women working, but said the country still has a ways to go.

“I know that some efforts are underway here, but I believe there is scope to go further,” Ms. Lagarde said Friday at the World Assembly for Women, which the Japanese government calls the biggest conference on women’s issues it has ever held.

In a speech peppered with references to samurai caring for their families, feminist writers and Harajuku girls, Mrs. Lagarde said efforts to improve the situation for women should include immigration, a subject even more sticky in Japan than rallying women to the workplace.

Getting more women to work will require workers to care for children and the elderly, a role skilled immigrants could fill, Ms. Lagarde said.

“We all know Japan is renowned across the world for the kindness and hospitality of its people,” she said. “If it extends the welcoming spirit by opening its doors and its borders in an appropriate way, then everybody wins.”

Like many private economists, Ms. Lagarde also stressed that the contribution of more working women to actual GDP won’t be enough to achieve the long-term growth that Prime Minister Shinzo Abe wants.

Measures to empower women could add 0.25 percentage point to growth each year, “if implemented aggressively,” but that “falls short of the 1% boost to growth that Japan needs for Abenomics to succeed with flying colors,” she noted.

On the other hand, gradually raising the participation rate of women in the workforce to the average of Japan’s peers in the Group of Seven leading industrialized countries could increase per capita income by 4%, she said.