In 18 Nations, Women Cannot Get a Job Without Their Husband’s Permission – Real Time Economics 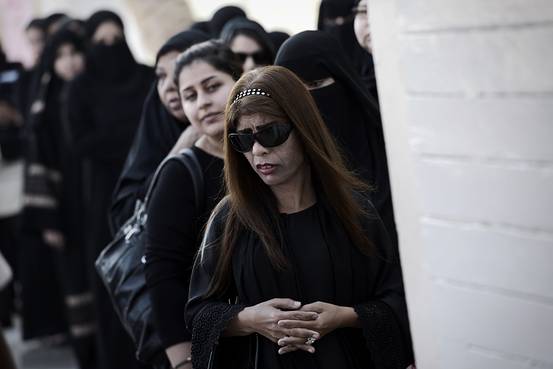 Where is the law gender-blind? Only in about a tenth of the world’s nations.

Two decades after the United Nations and its members committed to improving gender equality, only a handful of those countries treat women the same under the law as men–and the U.S. isn’t one of them.

Out of 173 economies surveyed, all but 18 of them have some form of legal discrimination against women, according to the World Bank’s latest biennial report on Women, Business and the Law.

The report measures women’s legal barriers to entrepreneurship and employment by looking at the laws in each country, including whether women are prevented from holding certain jobs, whether they have equal access to credit and whether they face restrictions on where they can live or work.

“There is study after study that shows that empowering women is not just good for women, but it’s good for children, it’s good for society and it leads to ultimately a more prosperous, vibrant economy and development,” said Kaushik Basu, the bank’s chief economist. The group includes wealthy nations as well as developing economies, suggesting per capita income isn’t the only predictor of women’s success in an economy, Mr. Basu said.

About 90% of the economies surveyed have at least one law that is discriminatory against women, according to the report. Most of them have to do with women’s roles in the workforce. Russia is the most egregious offender in the labor category. A total of 456 occupations are off-limits for women, including truck driver, freight train conductor, deckhand and “installer of antennas at high places,” the report said.

Many of those restrictions are meant to protect women, said Sarah Iqbal, the study’s lead author. “What we would suggest is to look at it from a woman’s perspective,” she said.

For example, in France, women are prohibited from working jobs where they must lift more than 25 kilograms, about 55 pounds. That bars them from working for the postal service or shipping companies like FedEx.

“Even more interestingly, that’s the average weight of a 5-year-old child,” Ms. Iqbal said. “Any mother will tell you picking up a child is something that they do every day.”

17 Countries Where Women Are the Majority of Wage-Earners

Legal Barriers That Keep Women From Working Hurt the Economy

‘Insidious Conspiracy’ Against Women Costs Economies Up to 30% of GDP, Says IMF Chief