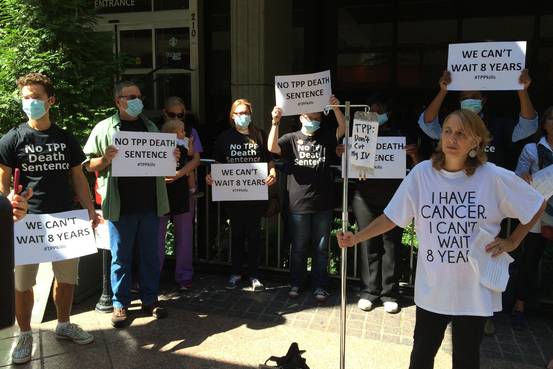 What if you held a big trade summit and no one made much of a ruckus?

In the past, hordes of aggressive protesters have turned up pretty much wherever ministers gathered to try to seal a major trade pact. That’s what happened during World Trade Organization talks in Seattle in 1999, when global trade foes fought with police and smashed storefront windows amid clouds of tear gas. In Cancun four years later, violent skirmishes broke out along the beaches, and a Korean farmer killed himself in protest. 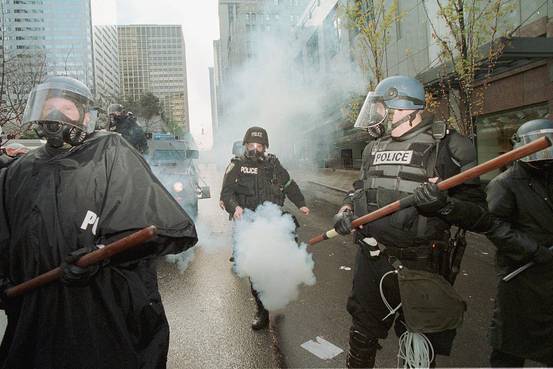 In 1999, Seattle police fired tear gas to disperse protesters in the middle of downtown before a World Trade Organization gathering.
DAN LEVINE/AFP/GETTY IMAGES

Things have been a whole lot more relaxed this week in Atlanta, where top negotiators from the U.S., Japan, Australia, Vietnam and eight other Pacific countries are trying to put the final touches on the sweeping Trans-Pacific Partnership trade pact.

The crowds have been small, hardly prone to violence, and focused on finely tuned issues like Internet rules or drag patents that find appeal through social media. Many attendees are students or have white-collar jobs in consulting or other fields.

“In Seattle you had all these green-haired leftie punk kids, and I love them,” said Lori Wallach, senior trade expert at consumer watchdog group Public Citizen, which helped organize the protests in Atlanta and has seen many a trade fracas over the decades. “Now you have a nonpolitical activist, nonradical.”

In Maui two months ago, supporters of native communities took to the beachfront with conch shells and a surfboard to protest what they say will be the environmental fallout of the Pacific deal.

In Atlanta this week, protesters had more to say about complicated rules that would slow generic medicines than they did about halting the relentless flow of container ships across the Pacific.

Trade ministers cloistered themselves in guarded hotel conference rooms in downtown Atlanta in an effort to hash out the latest deal, which would lift some remaining tariffs on goods and services but also set up controversial international rules of the road for commerce.

A cancer patient protested the rules on biologic medicines, which would boost the revenue of name-brand drug producers but hurt the ability of the big generic pharmaceutical companies to get drugs to market.

On Thursday, a group of workers from the Teamsters and the Communication Workers of America, another union, joined other demonstrators who decried the TPP with jocular slogans like “Flush the TPP” and then marched to the hotel housing the official talks. At least two people were arrested, organizers said, and the cancer patient was charged with criminal trespass after she declined to leave the hotel on Wednesday.

“The secrecy surrounding the TPP should bother Republicans and Democrats the same way,” said Martin O’Hanlon, president of the CWA Canada, who made the trip from Ottawa.

After Seattle, officials haven’t picked many large, heavily unionized cities for trade negotiations. Demonstrators criticized the Maui talks for the remote location at a luxury hotel development. Two months later, officials picked a friendly Southern city not known for the strength of its unions.

Pacific Trade Talks Are at a Crucial Juncture

Unlike Past Fracases, These Pacific Trade Talks Are Maui Mellow