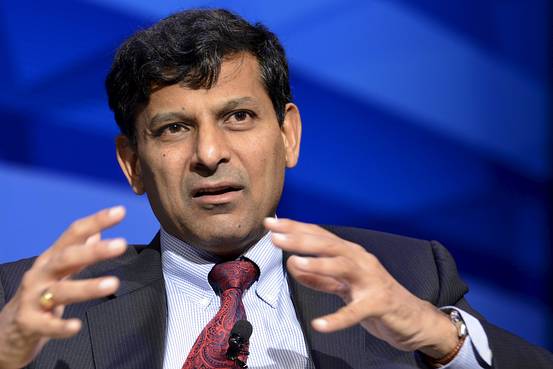 Raghuram Rajan and the Reserve Bank of India are clashing with the country’s finance ministry over the composition of a proposed monetary-policy committee.
Mike Theiler/Reuters

NEW DELHI—A debate over how to set interest rates in India is pitting the central bank against finance ministry officials, and it’s showing no signs of abating.

Unlike the U.S., where the Federal Open Market Committee’s 12 members vote on monetary policy, India’s central bank governor is advised by a technical committee but takes sole responsibility for setting rates.

In the past, though, the central bank has come under intense political pressure on its rate decisions. The bank’s independence is not enshrined in its 1930’s founding charter and India has scored badly on global studies of central bank independence.

Since assuming his post in 2013, Governor Raghuram Rajan has battled to restore a focus on curbing inflation, despite criticism from growth-focused politicians.

Authorities now are seeking to set up a monetary policy committee to formalize India’s decision-making process on interest rates and bring it in line with many other nations. New legislation to do so is currently in the drafting phase, and Finance Minister Arun Jaitley has pledged to introduce it to Parliament within a year.

The problem is the central bank and finance ministry both want to control the majority of appointments to the committee – a reflection of the battle for control over the bank that’s raged for years.

“The negotiations are not working too well as of now,” said a government official familiar with the talks, which have been going on for six months. A Reserve Bank of India spokesman declined to comment.

While both sides agree on the need for change, they differ on the details, and particularly on how the committee’s members will be appointed.

The central bank is proposing RBI officials appoint three members of a five-member rate-setting committee. Furthermore, the governor would chair a separate committee to appoint the remaining two members. This set-up is close to one outlined by Urjit Patel, an RBI deputy governor, in a report earlier this year on how to revamp the bank’s structure.

The option was described by the government official as “unacceptable.” The Finance Ministry would agree to a five-member board, but not with a majority of the members appointed by the central bank, the official said.

A possible solution, the official added, could be the appointment of a six-member board, equally split between RBI- and government-appointed members. Under this plan, the central bank governor would have the casting vote if the board was split on any decision.

When Mr. Rajan took up the central bank job in 2013, India’s economy was suffering from high inflation and slowing growth. He made his priority to fight inflation, then above 10%, and raised rates twice in 2014, ignoring calls from businessmen and politicians to ease policy.

The central bank is keen to buttress itself against such pressures in the future, experts say.

“In the RBI, there’s fear that the government may try to influence its opinion,” said T.T. Ram Mohan, who teaches finance at the Indian Institute of Management in Ahmedabad.

To be sure, the appointment of rate-setting committee members isn’t the only determining factor of central bank independence.

There are no signs the planned new legislation will tackle other limitations on the RBI’s freedom from interference. For now, India’s government can fire the central bank governor (unlike the U.S., where presidents appoint, but cannot fire, Federal Reserve governors) and has powers to issue policy directives to the bank.

A 2013 study by Barry Eichengreen, an economics professor at University of California, Berkeley ranked the RBI as the world’s least independent central bank.