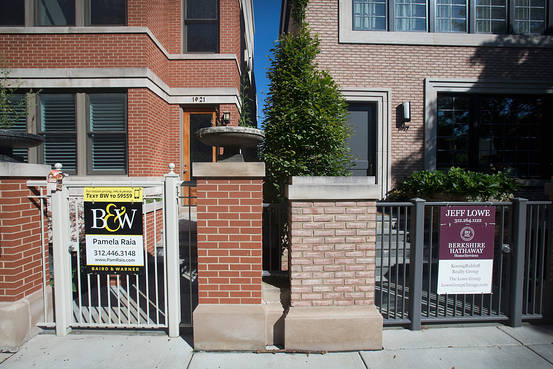 Recent indicators released about the strength of the housing market have been all over the map. In some cases, quite literally.

Most cities east of the Mississippi River—from Chicago to Miami—saw home prices drop between June and July, according to the S&P/Case-Shiller Home Price Index. Meanwhile, most metropolitan areas west of that dividing line, from Portland to Las Vegas, saw home prices rise over the month.

Geographic divides help explain the unevenness in the housing market’s performance in recent months. Prices have continued rising, even as the pace of existing-homes sales tumbled in August. New-home sales hit their highest level since early 2008 in August, but forward-looking indicators of the strength of the housing market have also been weak.

Economists say that getting a clear read on the housing market has become difficult as local markets are performing very differently. The dividing line between the haves and have nots, in a word: jobs.

Local areas especially with strong technology sectors are seeing prices rise rapidly, while many former industrial cities in the Northeast have slumped. Chicago saw prices decline 1.2%. Even New York City and its suburbs saw a seasonally adjusted decline in prices of 0.5%, likely driven by declining interest in living in single-family homes on Long Island and in Westchester.

“These conflicting trends may be confusing and even frustrating for some, but right now they shouldn’t be too much cause for concern. The market is continuing to heal and find its footing in a new environment, one where highly local factors [including jobs] matter more in local markets than national trends,” said Svenja Gudell, chief economist at Zillow.

Indeed, over time the divide between California cities and some of their Rustbelt counterparts becomes even more apparent. Home prices in Los Angeles, San Francisco and San Diego have more than doubled since January 2000. In Detroit they have grown just 3% since then, and in Cleveland just 10%, according to Case Shiller.

“A good deal of the economic recovery is tied to technology and technology stocks, which until China were doing reasonably well,” said David Blitzer, managing director and chairman of the index committee at S&P Dow Jones Indices.

Nonetheless, Mr. Blitzer warned that the California economy could struggle if the Chinese economy continues to stutter because it relies significantly on trade with Asia. That could eventually have an impact on home prices in the West.