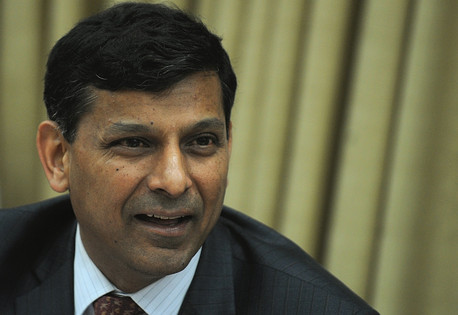 “In democracies, when they go down, there are natural processes that start kicking in, that restore a balance going forward,” Raghuram Rajan, governor of the Reserve Bank of India, said in a Tokyo speech Friday. “What we’ve seen most recently is certainly the electorate in India saying, ‘We are unhappy with the old process of growth and we want a change.’”

Mr. Rajan was referring to mid-May elections, which brought Prime Minister Narendra Modi to power in  a landslide victory on a platform of market-based economic reforms.

The peaceful transition of power from the long-dominant Congress Party offers a stark contrast to China, where Communist Party leaders nervously eye the 25th anniversary of the Tiananmen Square crackdown on June 4, which is coinciding with slowing economic growth.

While Mr. Rajan didn’t draw out the comparison, many economists and political analysts have suggested that a significant cooling of the Chinese economy and slower job creation could undermine the legitimacy of the current system of government. Such fears may steer Chinese leaders to pump up short-term growth by abandoning much-needed financial reforms, a choice that could worsen asset bubbles.

Chinese Gross Domestic Product last year grew by 7.7% compared with 4.4% for India, according to the International Monetary Fund, which projects growth this year of 7.5% vs. 5.4% respectively.

Mr. Rajan said that some critics have called that gap a “democracy discount,” suggesting that the political horsetrading and compromises that come with elections and frequent changes in government may have held India back.

“Democracy does sometimes slow things down,” he told Japan’s Institute for Indian Economic Studies. But “what you find is much greater stability in growth.”

Mr. Rajan acknowledged that, at this point, this was as much wishful thinking as proven theory.  Mr. Modi’s ability to follow through on his victory with a successful pro-growth agenda would, he said, send “a message across the world that democracy is not incompatible with growth.”

“I hope that is the story of India,” he concluded. “But we have a lot of work to do.”