Finally, someone is seriously addressing the cornerstone of modern culture that has for too long been side-lined: internet cats. They’ll be taking a starring role at the upcoming London Short Film Festival, tickets for which have just gone on sale.

Short, but not necessarily fluffy, feline filmmaking will be showcased at the festival’s centrepiece event, featuring new film commissions, live music and screenings of classic cat flicks. One highlight will be Maya Deren’s ground-breaking Private Life Of A Cat made in 1949 and Stan Brakhage’s Cat’s Cradle from 1959, two silent shorts which will be accompanied by a brand new live score played by electronica trio Stealing Sheep.

Jo Duncombe, LSFF’s Programme Director, says: “We noticed there’s a big cult engagement with the idea of cat films on YouTube. It’s become a running joke with people wasting their time watching them”. Apparently, cats and art are becoming big business with several existing cat video film festivals in America, as well as Shoreditch’s own cat café, which the LSFF team visited for research.

Alongside the moggy movies there’ll be the panoply of short films we’ve come to expect from the festival, which has been running since 2004. There are strands covering everything from comedy and animation, to documentary, horror and experimental work. Londonist will also be involved with two strands of London films, fiction and documentary, and will select an award for the Best London Short Film from these. 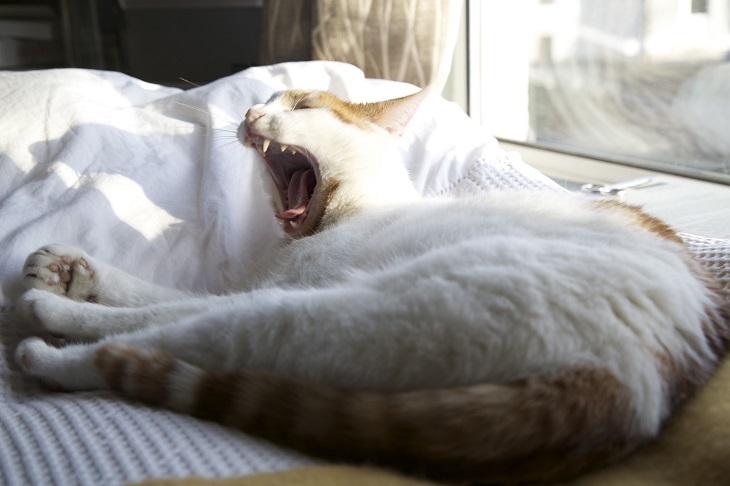 Photo by Vivienne Dick, one of several filmmakers who have been commissioned this year.

Photo by Vivienne Dick, one of several filmmakers who have been commissioned this year.
Harmony Korine’s Gummo.
Stealing Sheep will play live electronic scores to classic silent era cat shorts.
Beastie Boys videos will be part of the mix.

Philip Ilson, the festival’s artistic director, says: “The other big thing that’s happening this year is that we’re opening up to international work with four dedicated programmes of films from around the world”.

Another major event will be the Gummosium, a series of screenings and talks based around the work of American maverick Harmony Korine, especially his iconic debut film Gummo. Duncombe says: “We like him because his aesthetic is the harbinger of the Instagram filter that’s so prevalent these days. Yes, his filmmaking is divisive but the idea of someone initiating a new aesthetic is really exciting”. There’ll be selections of Korine’s shorts, videos and fashion films (there’s also a cat connection too, though what happens to them in Gummo is not quite so cute). This programme runs across the last weekend of the festival and is presented in partnership with MUBI.

The festival will climax with a special party and awards ceremony at Oval Space on Saturday 16 January with live music from Domino Records, including a set from Hannah Peel.

The London Short Film Festival runs from 8-17 January 2016 with events and films in Hackney Picturehouse, Ace Hotel, Oval House, The ICA and Round Chapel.

LSFF is also helping to support the Jameson First Shot competition in which you can get a short film made with the help of Kevin Spacey and Maggie Gyllenhaal, find out more here.