Germany’s global image is better than ever. Industry is booming, unemployment is at a record low since reunification and, to boot, the country just took home its fourth World Cup title. 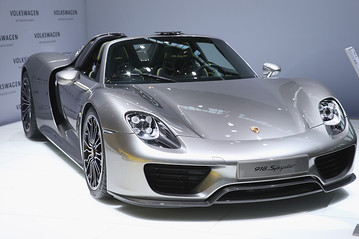 But the International Monetary Fund highlighted an underlying German problem Tuesday in its “2014 Pilot External Sector Report.” With a diplomatic nod the fund noted that “Germany’s external position is substantially stronger than implied by medium-term fundamentals and desirable policy setting.”

To translate, Germany ran up a current account surplus of almost $270 billion in 2013, which amounts to more than 7% of economic output. It was the world champion both in nominal terms and relative to its gross domestic product. China’s surplus, steadily criticized by the U.S., amounted to just $183 billion by comparison, equivalent to 2% of GDP.

It’s not the first time that Germany’s extremely high current account surplus has drawn attention. The IMF has criticized Germany on this front before. So has the European Commission. The U.S. Treasury Department jumped into the act last year by blaming Germany for dragging down not only the euro zone but the rest of the world economy.

But what does the persistent criticism mean? Are the IMF, the European Commission and the Obama administration simply looking for chinks in German’s economic armor?

Not exactly. The ongoing criticism shows the international concern remains strong, and that Germany has done very little in response. Why? Simply because Germany doesn’t agree that its current account surplus is a problem. Instead, the government sees the surplus as a natural byproduct of the strong competitiveness of German businesses.

The underlying motivation for Germany’s evasiveness is fairly simple: No one is willing to put the brakes on the country’s powerful export machine. And it’s not clear that policy makers could even if they wanted to. In an open economy, the Chinese can’t be prevented from buying a German-made machine any more than Americans could be kept from splurging on Porsches.

The IMF wants Germany to focus instead on the other side of the current account coin: stimulating imports by supporting a still-lagging consumer sector and encouraging investments at home. “Policies which focus on boosting growth potential, including higher public and private investment as well as service sector reform, would raise domestic demand and lower the German current account surplus,” the IMF said in its Tuesday report. That would provide “beneficial spillovers” for the rest of Europe.

Boosting imports and achieving a more balanced current account, economists agree, would ultimately be in Germany’s best interest. The country had net capital exports amounting to more than $300 billion last year. On top of that, Germans have proven not to be the world’s best investors. They lost a lot of money abroad by making terrible bets on U.S. subprime bonds and Spanish real estate. Investing more at home could reduce risk for Germans and help balance the world’s trade ledger.