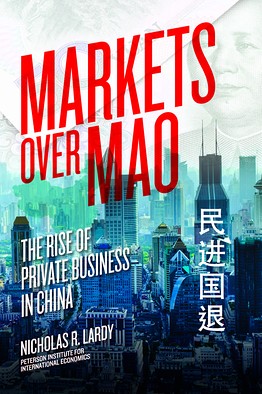 Courtesy of the Peterson Institute for International Economics

Peterson Institute for International Economics economist Nicholas Lardy presents a powerful case in his new book, “Markets Over Mao,” that the influence of China’s huge state-owned firms is overrated, and China’s economy shouldn’t any longer be tagged as “state capitalism.”

But other China hands say, no way. China’s government and party still play a huge role in the economy, they say, as exemplified by the important role of state-owned firms. The Lardy book is bound to open a debate on how much China’s economy has changed. American Enterprise Institute scholar Derek Scissors takes a first crack at this important issue as Mr. Lardy is scheduled to unveil his book today at a Peterson Institute luncheon in Washington DC. Below is Mr. Scissors’s analysis.

His claim is not persuasive. Mr. Lardy conflates performance and importance, and also forces hybrid entities into ill-fitting categories. China is properly understood as a mixed economy, and its tendency toward market or state over the last decade is at best unclear.

Mr. Lardy impressively documents the low return on assets and relative decline of state-owned enterprises as a percentage of industrial production, verifying their inefficiency. It is certainly true that China’s economic development – past, present and future – depends on the state’s retreat. And the performance of state sector and its importance in the economy are very different than they were 35 years ago, or even 20.

But the state sector’s inefficiency does not imply that it is secondary in importance. The inefficiency of SOEs causes them to be a heavy burden, which clashes with the idea that China is a market economy. Mr. Lardy’s minimization of the state’s role also is contrary to his arguments elsewhere, which emphasize the reduction of private consumption due to state financial repression – paltry returns paid to savers by state banks. 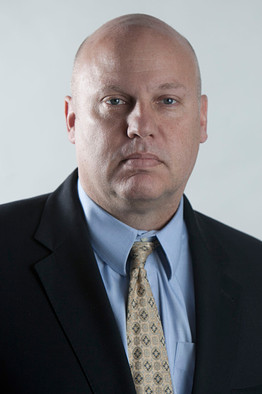 There are many examples where the state plays a heavy role.  Consider China’s much-discussed problem of relying too much on investment and not enough on consumption for growth. This phenomenon materialized in 2003, when lending by state banks triggered a decade-long investment boom.

On official data, the pace of bank lending growth more than doubled from mid-2002 to mid-2003, as Hu Jintao took over Communist Party leadership. Interest rates were set much lower. Growth in fixed investment was 12 percent in 2002 and almost 27 percent in 2003.

In the global financial crisis of 2008 and 2009, China should have reformed poor-performing SOEs.  Instead the government ordered state banks to lend trillions of yuan in non-commercial fashion. Standard Chartered estimates Chinese debt rose from near 150% of GDP in 2008 to 250% in mid-2014 – meaning that state control of finance damaged the entire economy. Mr. Hu’s regime gave the state a much larger role.

The party now sees this as a mistake. The November 2013 plenary meeting trumpeted intense liberalization, which wouldn’t be needed if China had a market economy. The reform plans don’t focus especially on transforming SOEs, but rather on such issues as highly distorting land and labor market restrictions  also imposed by the state.

With regard to the argument that state-owned firms perform more poorly than privately owned ones, it’s misleading to divide all companies into either the state or private sector.  The reality is more complex.

Mr. Lardy cites China’s National Bureau of Statistics as showing the private sector accounted for half of investment in 2012 and the state sector one-third. But this isn’t how the NBS presents it. Private and wholly-owned foreign investment had a 29% share in 2012, while state investment had a 32% share. The NBS characterizes the rest as something other than state and private, for good reason.

Many Chinese firms are different from either truly private commercial firms or the SOEs of old. Take the computer firm, Lenovo. Mr. Lardy describes the company as privately owned. But Lenovo is controlled by Legend which, until 2009, was majority-held by the Chinese Academy of Sciences. Until 2009, Lenovo could be deemed an SOE.

China Oceanwide then bought a large stake in Legend. Oceanwide is ostensibly private but won the ‘Outstanding Builder of Socialism with Chinese Characteristics’ award from the party’s United Front Work Department, a tribute that fits awkwardly with the notion of a fully private company. And CAS still is an important share-holder in Legend. Lenovo is thus best seen as a mixed-ownership firm.

The weakness of SOEs should not be confused with the importance of the state. The state’s pernicious influence runs deeper than the issue of SOEs behaving badly.  China’s economy is decidedly mixed, caught between a more productive private sector and still-increasing state distortions

Far From Home: Survey Says Living Apart From Families Leads Many to Corruption