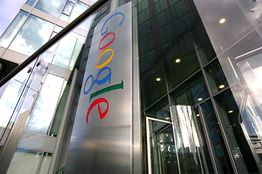 Google’s European headquarters in Dublin. Profits made by multinational companies, many of which are American, show up in GDP figures, and are likely to be exaggerated by tax-avoidance schemes, but don’t stay in Ireland.
Bloomberg News

For a country that was the birthplace of modern statistics, Ireland is having a difficult time measuring just how big its economy is.

Back in 1656, William Petty completed the Down Survey, a detailed assessment of Ireland’s assets—mainly its land—to prepare for their division among members of Oliver Cromwell’s conquering armies. It was the first attempt at measuring the size of a national economy.

Things are a little more complicated in 2015. While relatively small, Ireland’s economy is one of the most globalized on earth, hosting a variety of multinational companies that account for a large share of its economic output.

The figures showed that GDP rose by 1.4% from the final three months of 2014, and by a staggering 6.5% from a year earlier, not far short of China’s growth rate during the same period. That performance puts Ireland on track to record the fastest expansion in Europe for the second straight year, and possibly the strongest growth for a developed economy globally.

But there are caveats. Lots of caveats. So many, in fact, that some economists question whether the GDP figures alone say very much about economic activity.

One issue is the profits made by all those multinational companies, many of which are American. They show up in GDP figures, and are likely to be exaggerated by tax-avoidance schemes, but don’t stay in Ireland. So gross national product is a more accurate reflection of Irish incomes. In the first quarter, GNP actually fell by 0.8%.

But there are other complications, recently detailed by John Fitzgerald, an economist at the Economic and Social Research Institute. They range from the expiration of patents on drugs produced by international pharmaceutical companies to changes in the way information technology companies record profits and the headquartering of companies in Ireland that do very little in the country.

“Together these problems have a very big impact on the national accounts data for Ireland: artificially raising the current account surplus and distorting the measured growth rate of both GDP and GNI/GNP,” wrote Mr. Fitzgerald. “This has made it very difficult to understand recent developments in the Irish economy unless these rather arcane national accounting issues are taken into account. It is likely that problems in interpreting the accounts will continue in the future.”

The most recent difficulty for the statisticians is the treatment of aircraft leasing. Ireland doesn’t build aircraft, but is a major international center for leasing them to airlines. That activity has now been incorporated into the GDP and GNP figures, a process that explains some of the delay in producing output figures for the first quarter.

As a result of that incorporation, Ireland’s historic growth figures have been revised. The CSO now calculates that in 2014, GDP grew by 5.2%, having previously estimated it grew by 4.8%. Overall, the revisions indicate that the Irish economy’s contraction in the wake of the 2008 property crash and banking crisis was more shallow than previously thought, and its rebound stronger.

Ireland’s high degree of globalization, which includes very high levels of exports and imports, has helped its recovery from the crisis. In the first quarter, exports drove growth.

But it does make figuring out what is happening in the economy more challenging than it is in most other developed economies. It’s likely that the Irish economy is growing pretty rapidly. But exactly how quickly is open to debate.

“The continued strength of survey-based measures of activity suggests that the economy has continued to grow at a healthy pace,” said Jack Allen, an economist at Capital Economics. “It also implies that strong growth is not…primarily a result of distortions to the GDP data.”