It’s Jobs Day. Here’s What Yellen, the White House and Others Will Look For – Real Time Economics 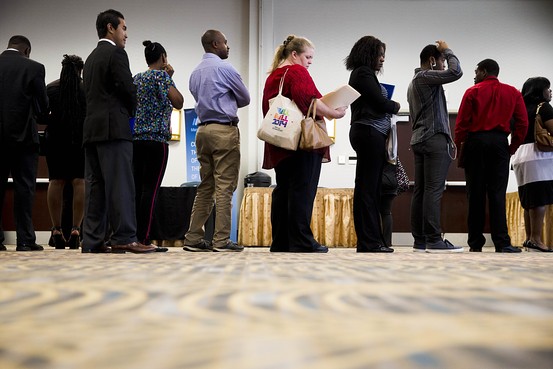 Job seekers wait in line earlier this summer to meet with recruiters during a job fair in Philadelphia.
Associated Press

For the mere bystander, the monthly jobs report offers a simple tidbit or two on the health of the U.S. labor market. Did the unemployment rate go up or down? How many jobs were lost or gained?

It’s a far different story for the hundreds of aficionados—bank economists, White House advisers, Federal Reserve officials—who will plunge into Friday’s report on the July jobs picture for answers to far deeper questions.

Weighing in at around 40 pages, the jobs report gives economists an unusually rich dive into the innards of the U.S. labor market. Of the nine or so indicators Fed Chairwoman Janet Yellen monitors to assess the health of the labor market, five come from the Labor Department’s monthly data dump on the U.S. “Employment Situation.”

Here is a quick guide for what she and others will look for, and why it matters: