After 18 months of recession and five years of the weakest economic recovery in living memory, the U.S. economy has finally regenerated all the jobs lost since 2007. The total number of nonfarm payrolls jobs, 138,463,000 according to the Department of Labor‘s tally, is the highest in U.S. history. 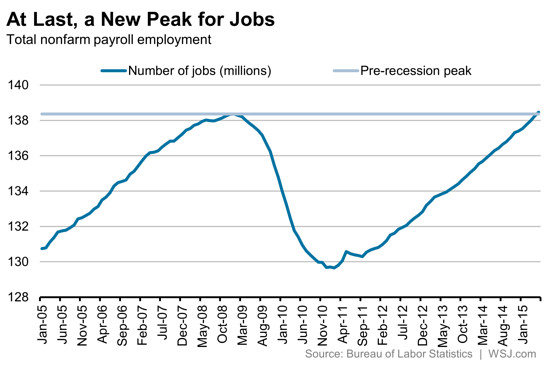 For many observers of the economy, this is the smallest of victories. The nation has continued to grow in population, so it’s only natural there would be more jobs now than in 2007. At 6.3%, the unemployment rate remains higher than most economists, or workers, would like.

The recession that swept across the nation beginning in December 2007 and officially ending in June 2009 left a long scar that by many measures has yet to heal. In the past, the economy has often bounced back and even caught up to the trend that was in place before the recession began. This time, the economy still remains far below trend. 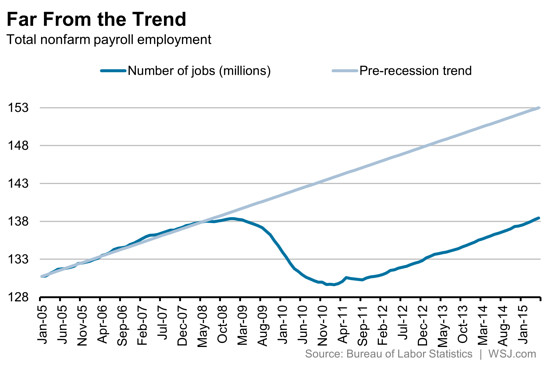 Determining the correct trend line for jobs is more art than science. The housing bubble that inflated in the mid-2000s may have pushed the trend in job growth above what was sustainable. The retirement of the Baby Boomer generation may push the trend downward, and so on. Yet it remains clear that the current trend in job growth is well below the pattern from before the recession.

The recession from 2007 to 2009 was particularly vicious. It was the longest recession since the Great Depression, according to the chronology of the National Bureau of Economic Research. The job losses were the deepest. In this sense, it’s not surprising it took so long to get back to normal.

Yet the slow recovery is not unique to this current period. Even once overall economic growth returns, the length of time it takes the economy to begin adding jobs or recover its lost jobs has been lengthening for decades. Some economists call this phenomenon “jobless recovery.” 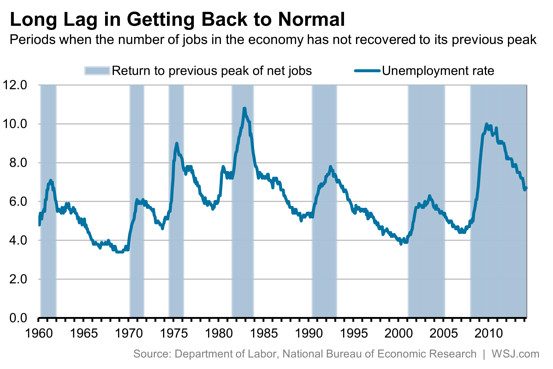 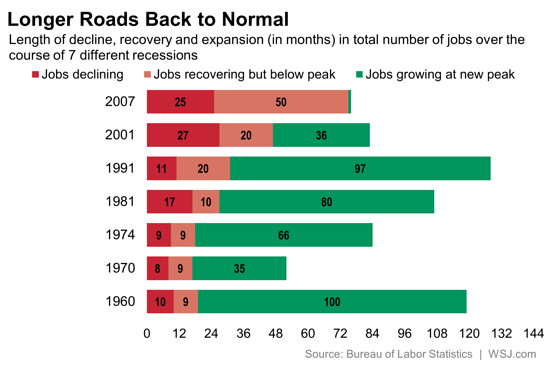