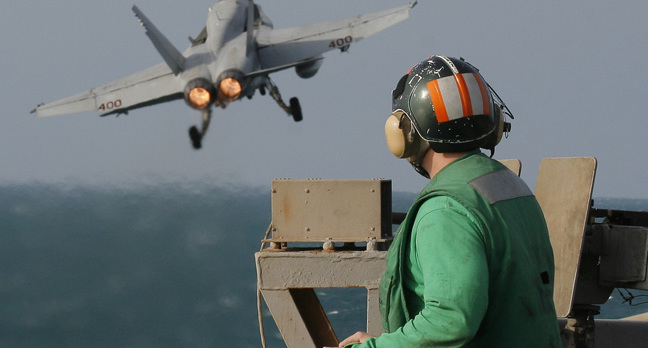 Sound waves equal to a jet fighter taking off, generated by fire fighting equipment during testing, has been blamed for taking down ING’s banking operations.

Card and ATM transactions, internet banking and ING’s website were all felled in Romania for 10 hours on Saturday by the freak occurrence, according to Vice’s Motherboard website.

ING had been running a routine test of the Inergen fire-suppressant system at the Bucharest data centre housing the servers behind its digital operations.

Inergen is an inert gas used to suppress fires. ING blamed the system for causing the outage.

Reports, particularly here, however, say it was the noise blast created by ING’s Inergen systems that killed their servers.

Noise waves louder than 130dB blasted ING’s storage systems, generating vibrations that damaged hard drives. 130db is officially designated as equivalent to being 50ft away from a jet aircraft taking off from an aircraft carrier with afterburner.

The vibration from that shock in such a small space was transmitted to the servers’ rather delicate read/write heads, causing them to skid off the disc platters’ data tracks.

ING said in a statement it implemented back up and recovery but reckoned the “magnitude and complexity” of the problem was the reason why it took so long to bring services back up. ®