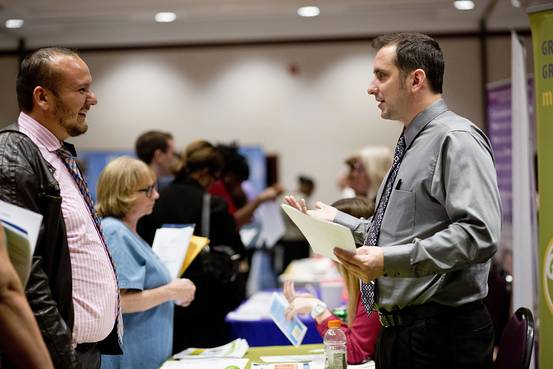 A job seeker speaks with a representative during a Michigan job fair in September. While the number of available job openings have soared to unprecedented levels, the rate of hiring and voluntary job separation remains much lower.
LAURA MCDERMOTT/BLOOMBERG

The U.S. economy had over 5.5 million job openings as of the last business day of September, the second-highest tally of available jobs in the 15 years the Labor Department has collected this data.

Yet what once would have been hailed as unambiguously good news has been confounded in recent years—even as job openings rise, the rate of hiring has not risen to match it. That trend continued this month, with the level of hiring declining slightly from 5.1 million to 5 million. 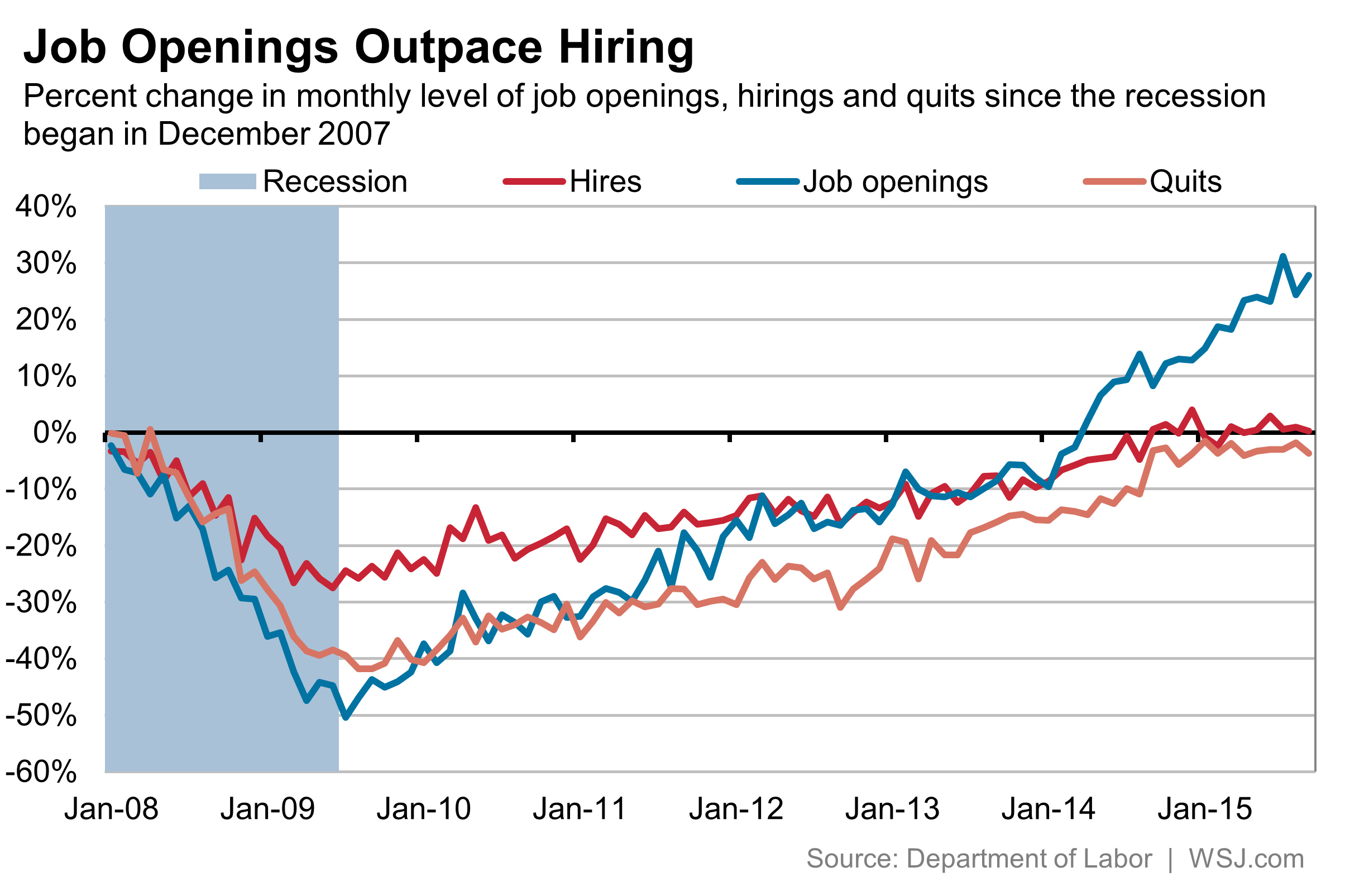 The Labor Department’s monthly Job Openings and Labor Turnover Summary, known as Jolts, comes out with a one-month lag to the main monthly jobs report. In that report, released last week, the Labor Department reported that the economy added 271,000 jobs last month. But the Jolts report is still closely watched by economists for the look it provides at the labor markets’ underlying churn—the millions of people each month who quit one job or are laid off and the millions who are hired into a new job.

While not everyone who quits a job does so happily, in aggregate, job quitting is a barometer of the economy’s health. The rate of job quitting rises with a strong economy, as workers have confidence they’ll be able to find something better—or because they already have a better position lined up. The percent of workers who voluntarily quit their job has held at 1.9%. In the years prior to the recession, the rate was typically above 2%.

In better news, the rate of layoffs was 1.2%, near the lowest rate ever measured in the 15-year-old survey of 1.1%. This fits with other reports from the Labor Department showing that weekly filings for jobless benefits are hovering near a 40-year low.