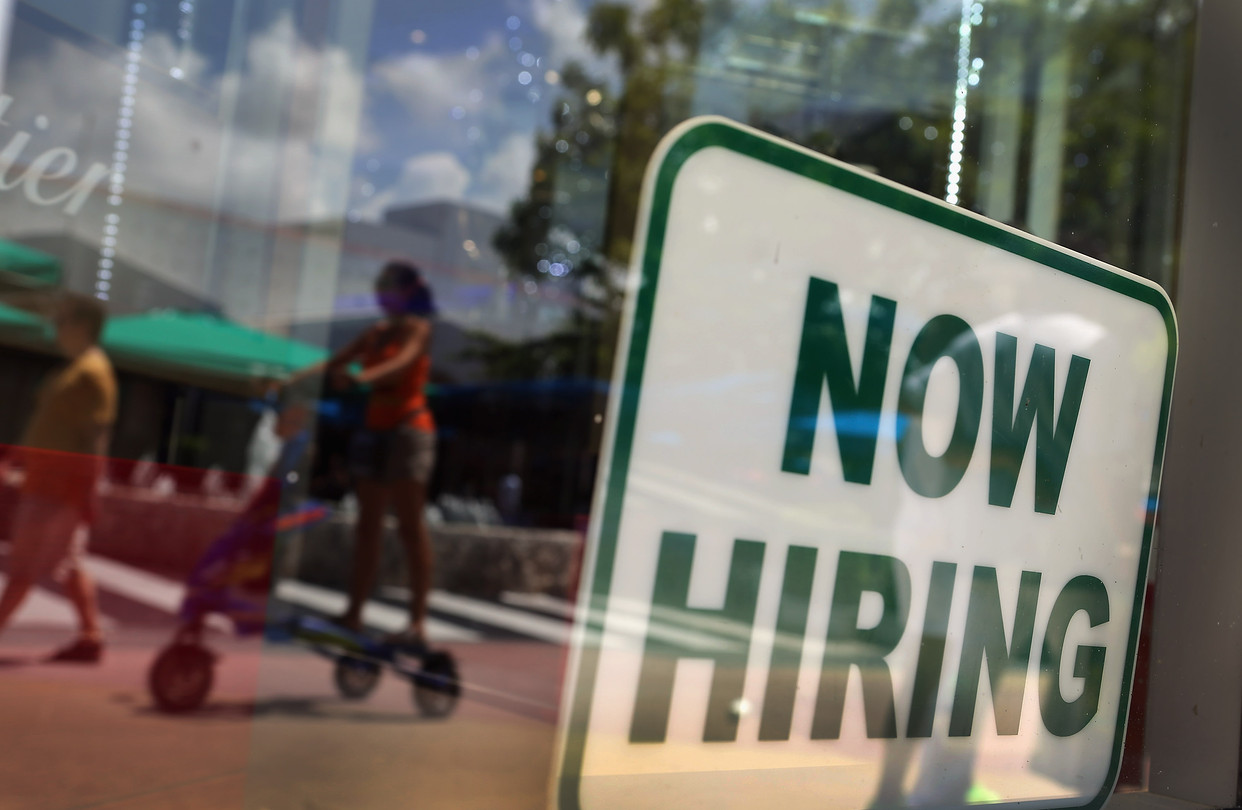 A broader measure of unemployment that reflects workers who are unemployed, stuck in part-time jobs, or have given up looking for work because they are discouraged by the state of the labor market ticked up from June’s 12.1%. This figure is historically high but down from a peak of just over 17% in spring 2010.

The year-over-year rise in the average hourly earnings among private-sector workers rose a penny in July from May to $24.45 an hour. The annual rise is slightly above the rate of overall inflation, meaning that most of the income gains are going toward higher bills and other costs, rather than greater discretionary spending.

The share of working-age Americans who are employed or at least looking for a job. Participation climbed from June’s level of 62.8%. Over the past year, it’s up 0.3 percentage point. However, the rate is still hovering near three-decade lows. It’s unclear how many of those who left the work force will return.