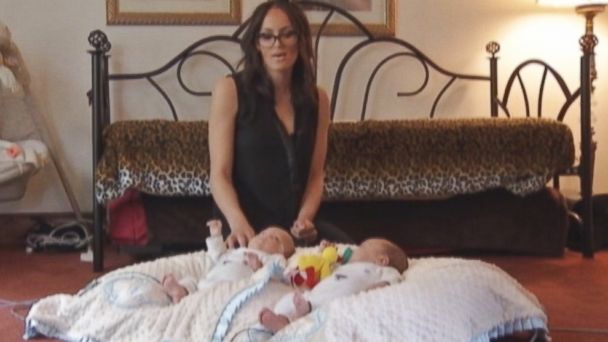 Days after Boston twins made headlines for having birthdays 24 days apart, a pair of Kansas City twins is trumping them with their 39-day spread.

Elene Cowan delivered her first son, Carl, a mere 24 weeks into her pregnancy. But doctors used a special balloon and medication to keep Carl’s twin brother, David, inside.

“It was like those things you hear about happening but you never expect it to happen to you,” Cowan told ABC News of the complicated delivery, which kept her on virtual bed rest for nearly six weeks. The only moves she made were to visit Carl, who weighed 1.4 pounds at birth, in the neonatal intensive care unit.

“It was the balance of dividing my time I guess,” Cowan said. “It was pretty tough to decide what was the right thing to do at each day and time.”

Cowan said she’d been looking forward to joint birthday parties during her pregnancy. But now she and her husband are excited to celebrate their sons’ separate birthdays.

“My husband and I thought we were going to save money and have one birthday party, but now we’ll have two separate ones,” she said. “I think that’s a remembrance of what they went through.”

Boston twins Alexandre and Ronaldo Antunes were born in March 24 days apart. Their parents expect them to be discharged from the hospital in time for their June 18 due date.