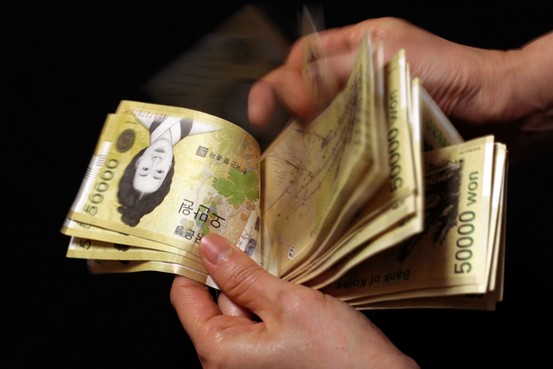 Moody’s Investors Service predicts Korea will likely surpass Japan and France by one measure of personal income in the next four years, as part of its “breakout” growth trend.

In a report Monday, the ratings firm notes that Korea, Asia’s fourth-largest economy, has exceeded the median average annual growth of 32 countries with per-capita income of $30,000 or more in purchasing power parity terms in the past five years — and will likely continue to do so. 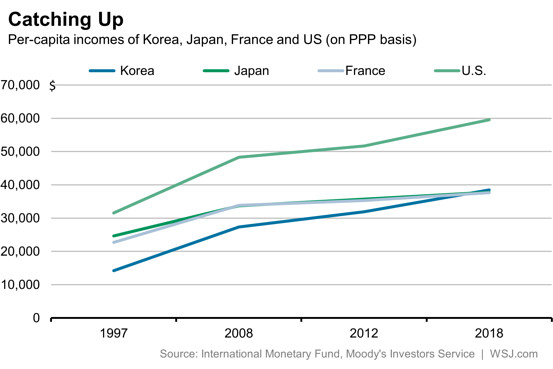 “Looking out over the next four years, Korea will likely remain on a relatively robust growth path, and it will continue to close the gap in living standards with the mature and advanced economies,” Moody’s said.

The ratings firm notes risks to the Korean economy such as high levels of household debt, but predicted appropriate policy measures would ensure continued solid growth.

“Success will require progress on all fronts,” Moody’s said.

In February, South Korean President Park Geun-hye announced a policy plan that includes raising per capita income—not in PPP terms but in actual exchange-rate terms — to $40,000. By that measure, individual income was around $26,000 as of 2013, according to the Bank of Korea.