Review Earlier this month, Google announced its Pixel range of smartphones – two models intended to replace the Nexus line the Chocolate Factory has carried for the past six years.

The Nexus carried a stripped-down version of Android with no bloatware or funny skins. It was beloved by developers for its simplicity, for getting code updates promptly, and for being cheap.

The Pixel only has one of these features, but Google is going for a slightly different market this time around. There’s a new skin applied – although it’s very tastefully done – and the updates come just as thick and fast. But the Pixel XL has had a major upgrade in price – $769 for the 32GB version we tested as opposed to $499 for a similarly specced Nexus 6P.

That’s a fairly massive jump, made in part because Google now wants the Pixel line to be about high-end smartphone buyers, not just developers. But is it worth the price?

The Pixel XL is slightly more polished in design and there have been some major improvements on the hardware front.

The 154.7 x 75.7 x 8.5mm phone has an aluminum body shell, although for some reason the top half of the back is covered with the same Gorilla glass that makes up the screen. It’s now a particularly weighty handset at 168g, although with a pricey phone, a cover is always a smart investment and that’ll bring the bulk and heaviness up a notch. 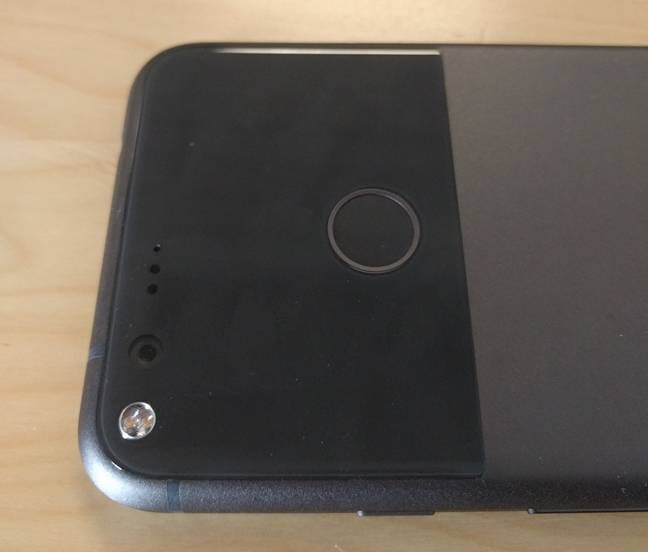 HTC built the handset for Google, and design-wise it’s not very inspiring. Like the iPhone 7, HTC went for the rounded corners look but the Pixel XL has none of the smoothness of design that Sir Jony and the Apple crew managed to pull off.

Another difference between this and the iPhone 7, and some other Android handsets, is water resistance. The Pixel XL isn’t water resistant, so if you’re prone to dropping handsets in the toilet (hint, take it out of your breast pocket before flushing) then look around for another model.

However, the Pixel XL does have something the iPhone 7 doesn’t have – a 3.5mm audio jack built into the top of the device. The power and volume buttons are on the right-hand side, with the SIM card slot on the left, and a USB C slot and twin microphones are built into the base.

The 5.5-inch QHD AMOLED 534ppi display is a major selling point for the Pixel. It’s clear as a bell, and works very well in bright sunlight and in the evening. It handled gaming and video playback as well as anything else on the market and was clear and sharp for ebooks and other text.

The cameras are also rather impressive. The 12mp rear camera produces sharp and clear images, and is excellent in poor light conditions, and the 8mp front-facing camera is better than most – possibly thanks to Google wanting to make its Duo videoconferencing app more usable.

In drop testing, the phone handled multiple seven-foot drops onto carpet and a three-foot fall onto a wooden floor (thanks to a curious cat) without a scratch or crack to be seen. Get a good case for this phone and it should last until its hardware is obsolescent.

In the heart of the Pixel is Qualcomm’s super-speedy Snapdragon 821 processor, backed up by 4GB of RAM. This makes the phone one of the most powerful out there and it shows in performance testing.

Google also says that users can get seven hours of battery use from just 15 minutes due to fast charging. This also seems optimistic. In recharging tests it took around 35 minutes to get half of the battery charged and 15 minutes was only long enough to get it a third full.

It might be a function of the fast charging system, but getting the phone to a full charge took a comparatively long time. The minimum time we got to hit 100 per cent was 111 minutes, because once you get past 90 per cent, charging rates tail off drastically.

On the storage front, the Pixel we tested came with 32GB available and upping that to 128GB will cost an extra $100. 32GB seems a little stingy when the phone costs this much, particularly as there’s no SD card slot, but the thinking at Google is that cloud storage is the way forward and gives Pixel owners unlimited photo storage.

Inside the handset there are the usual grab bag of sensors, but Google has done some sterling work in making these even more useful. The image stabilization features on the camera for video in particular are very good indeed.

NFC is built in for use with Android Pay and other apps, but once again Google has decided not to include wireless charging for the device. While there’s still a standards war going on in the wireless power sector, it’s all over bar the shouting and it wouldn’t have added that much to the cost or thickness of the phone.

Google also gets brownie points for including a plethora of USB cables in the box. Switching to the new omnidirectional USB plug makes all your old chargers redundant, and getting reliable replacements can be tricky, or even dangerous.

Google has made a big deal about how the Pixel is the first phone with its software Assistant built in.

Activating the Assistant is easy enough – simply say “OK Google” or hold the Home button and then ask a question like “what’s the weather like today?” and it’ll do its best to answer you. Think of it like a slightly enhanced version of the standard Google search.

It’s not a bad bit of code, but it’s hardly a massive selling point. Siri is slightly dumber, but not by much, and standard searching can do nearly as good a job. It also needs the phone to have full access privileges for your account and if you don’t want to overshare with the Chocolate Factory, then it won’t work.

A much better piece of software for the phone is Duo, Google’s videoconferencing app. The cutest feature of this code is that when someone calls you on Duo you get to see video of them before deciding whether to pick up the call, which is very handy. 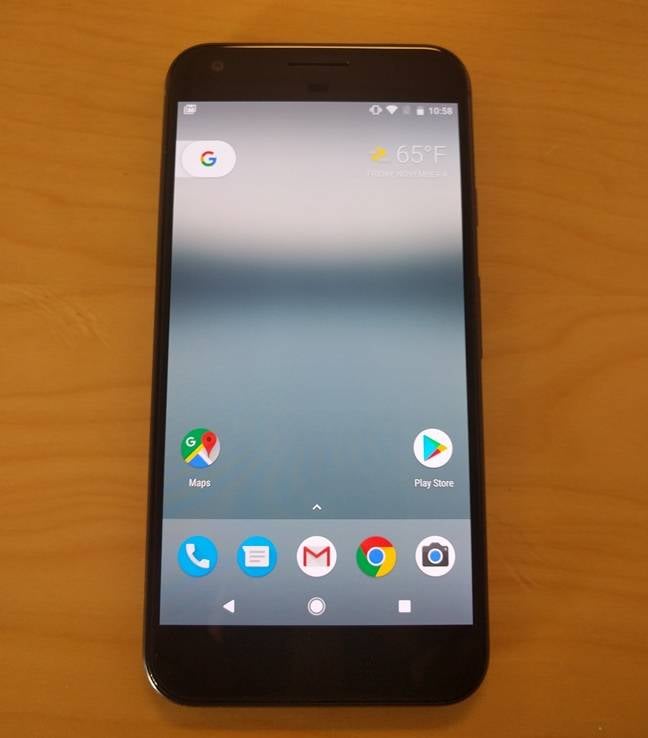 The big worry before getting the phone was the Android 7.1 operating system. On Nexus handsets this was as barebones as you could get, but Google said that with the Pixel it will add its own touches.

As it turns out, the skin is very good and takes away nothing from the phone. By the end of a week’s use I actually preferred it to the Nexus interface.

As a dedicated Nexus user for many years, the Pixel was a phone to look forward to. But it does have one major drawback.

From a hardware perspective the phone is top-of-the-line, with specifications that match anything else on the market at the moment. The camera – particularly its image stabilization and low-light features – is excellent, and the whole unit feels solid and workmanlike.

On the software side, getting unlimited photo storage is a great feature (but watch out for telco data charges) and Assistant is nice, if somewhat oversold. The new Android build is excellent and since this phone comes from Google, users will be first in line for OS upgrades and the regular monthly security patches, which is a major selling point for those who pay attention to looking after their data.

But the biggest turn-off on the device is the price. Google is the same price as Apple for its iPhone 7 Plus and doesn’t have the looks of Cook & Co’s top-range handsets – although nor does it use proprietary connectors.

You can understand Google’s pricing policy – it wants to start reaping the same profits as Apple for its smartphones. But the high price is going to make its core Nexus base abandon the phone at just the time when Chinese manufacturers are offering similar handsets to the Pixel for a much lower cost.

It may be that Google can build a smartphone brand that’s just as desirable as the iPhone and attracts similar hordes of devoted fans willing to pay the Mountain View equivalent of the Cupertino idiot tax. But I doubt it. ®