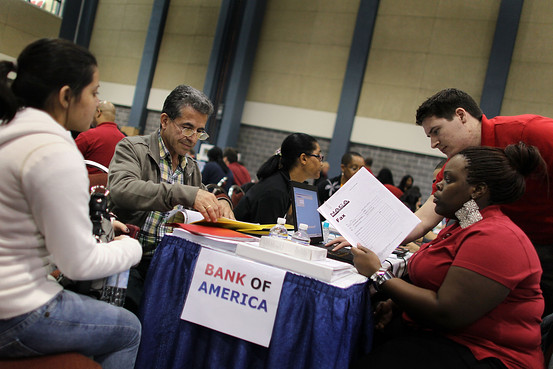 A new paper says that government policies to fund mortgage debt reduction for underwater homeowners, while helpful, are a less efficient use of government resources than other types of mortgage relief, including refinancing.

Rather than reduce overall debt, the first order of business in a housing crisis should be to reduce monthly mortgage payments for cash-strapped borrowers, which would help avoid immediate foreclosures and the associated drop in consumer spending.

The paper, by Janice Eberly of Northwestern University and Arvind Krishnamurthy of Stanford University, is being presented Thursday at a conference hosted by the Brookings Institution. Ms. Eberly, who served as the chief economist at the Treasury Department from 2011 to 2013, played a key role shaping the retooling of the government’s loan-modification programs over that time.

The paper is noteworthy because the Obama administration has sustained heavy criticism for not doing more to reduce mortgage debt for troubled borrowers, including this year with the publication of House of Debt, a book by Amir Sufi of the University of Chicago and Atif Mian of Princeton University. Messrs. Sufi and Mian have said failing to cut loan balances for heavily indebted homeowners has been one of the main shortcomings of the Obama administration’s financial-crisis response.

A word on what the Obama administration’s programs do and don’t do: The Treasury Department’s signature loan-aid initiative offered incentive payments to mortgage companies that reworked mortgages for borrowers at risk of foreclosure. Initially, that program focused on lowering borrowers’ monthly payments by reducing their interest rates and extending their loan terms.

But the Obama administration by 2012 had increased incentive payments to firms that also forgave principal, sparking a heated debate over how aggressively debt reduction should be employed. Ms. Eberly became a top proponent within the administration of encouraging more principal forgiveness. A separate program, relaunched in 2011, allowed homeowners who were current on their mortgage payments to more easily refinance if they were underwater, so long as their mortgages were backed by government-related entities.

Ms. Eberly and Mr. Krishnamurthy construct a detailed economic model to conclude that while debt reduction can support economic recovery, it isn’t the most efficient use of government resources. “It back-loads payments to households who cannot borrow against these future resources to support consumption today,” they write.

Better, they argue, to lower monthly payments immediately for borrowers facing payment shock, since those households are the most likely to depress the economy if they default. Lenders can work later to determine whether debt forgiveness might be needed to avoid potential strategic default by those who might stop paying even if they can afford to make their payments because they owe more than their home is worth.

While principal reduction reduces strategic default, the authors say that pure strategic defaulters shouldn’t be the main focus of policy makers because they aren’t likely to depress spending as much as those who can’t afford their payments. Allowing underwater borrowers to refinance, they write, can also address strategic default risk.

Indeed, in his own book published earlier this year, former Treasury Secretary Timothy Geithner cited Ms. Eberly’s research in defending against criticism of a crisis response that many said was too timid. Mr. Geithner said Ms. Eberly’s research showed that “even if the government had borrowed and spent $700 billion to wipe out every dollar of negative equity in the U.S. housing market, it would have increased annual personal consumption by just 0.1 to 0.2 percent.”

Messrs. Sufi and Mian have taken issue with Mr. Geithner’s argument. Their own research says that consumer spending fell the most in areas that had the sharpest home price declines. (This is due at least in part to the fact that consumer spending had been inflated during the housing bubble as more homeowners tapped their rising equity to pay for medical bills, home improvements, college tuition and vacations.) Had the government done more to forgive homeowners’ debts, they argue, economic activity would have received a bigger boost just when it was needed.

Ms. Eberly and Mr. Krishnamurthy’s paper appears to suggest that things may not be so simple. Reducing debts for underwater borrowers wouldn’t, for example, give those borrowers the ability to go borrow against the value of their homes, which is what boosted spending in the first place.

Instead, they prefer seeing the government avoid foreclosures by reducing monthly payments for borrowers who truly can’t afford their loans—employing principal forgiveness more selectively only after borrowers have had their payment problems addressed. And they would allow others who are able to afford their loans to refinance at lower rates.

If that sounds like the approach the Obama administration has ultimately adopted, well, that’s because it largely is.

Who Really Benefits from Social Security’s Cost-of-Living Index? Depends How Long You Live