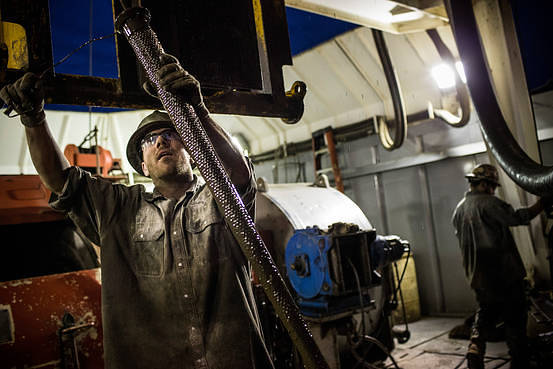 Businesses pulled back on investments in the second quarter, in part due to a slowdown in the oil and gas extraction sector. ANDREW BURTON/GETTY IMAGES

U.S. consumers stepped up their spending this spring, a welcome sign for the economy as businesses largely went the other way.

Consumer spending advanced at a 2.9% annual pace in the second quarter, the Commerce Department said Thursday. That was a nice bounce back from the winter’s lackluster increase in household outlays and a major driver of the 2.3% advance in overall gross domestic product last quarter.

Meanwhile, a measure of business investment declined for the first time since the third quarter of 2012. Nonresidential fixed investment fell 0.6%.

Why are businesses pulling back at the same time as consumers are spending more? The answer could lie in oil. 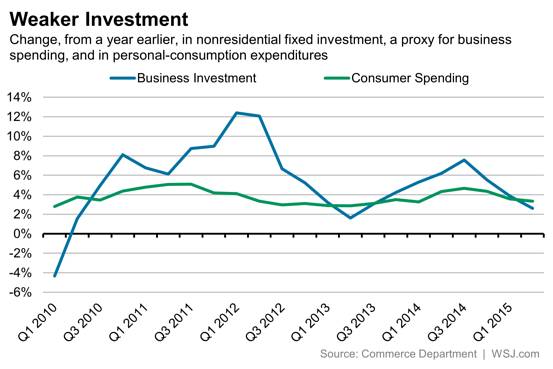 Oil prices, which have plummeted by 50% from a year ago, have dissuaded businesses from investing in drilling equipment, wells, ports and other infrastructure needed to support a burgeoning domestic oil and gas industry.  But cheaper oil means cheaper gasoline, and consumers may finally be confident enough in the economy—and their own job prospects—that they’re willing to spend that savings elsewhere.

“The composition of growth is changing, at least in part because of the drop in oil prices,” said Scott Hoyt, economist at Moody’s Analytics. “This is beginning to support consumer spending, but is undermining net exports and investment, at least in select industries.”

Mr. Hoyt said the net impact of changes in oil prices and the value of the dollar will be positive for U.S. growth, “but underlying strong fundamentals will be the primary driver.”

Economists React to Second-Quarter GDP: ‘By No Means Satisfying’