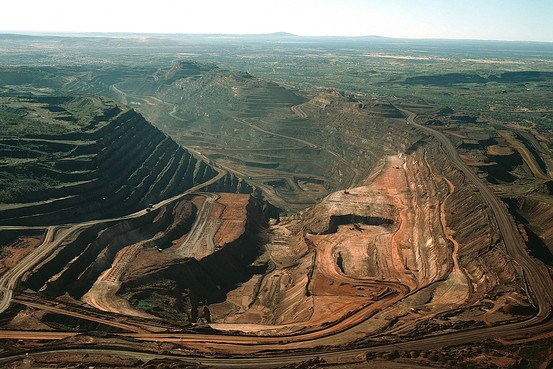 The Mt. Whaleback iron ore mine in the Pilbara Region of Western Australia.
Reuters

By James Glynn and David Rogers

Growing uncertainty about the outlook for Australia’s economy is bolstering bets that the country’s interest rates will remain at record lows well into 2015, or even beyond.

Money-market pricing shows traders now expect interest rates will remain at their current level until late in 2015, far longer than many economists expected when the year began.

The muddled outlook is affecting both those who expect the next move on rates to be up and those expecting a cut. Both sides are adjusting to an emerging consensus that there will be no change in rates for another year or longer.

The Reserve Bank of Australia already has held interest rates at 2.5% since August, seeking to cushion the economy against the end of a once-in-a century mining-investment boom.

The pricing reflects the view that Australian interest rates will be on hold “as far as the eye can see,” said Annette Beacher, head of economic research at TD Securities, based in Singapore.

Shane Oliver, head of investment strategy at AMP Capital, one of Australia’s biggest fund managers, said there’s a convergence of views, with both sides agreeing the central bank will sit on its hands for longer than previously thought. Mr. Oliver has pushed back his own expectations of an interest-rate increase from September 2014 until December.

“It looks like the outliers on interest rates are steadily throwing in the towel,” Mr. Oliver said.

Macquarie Securities, Australia’s biggest investment bank, announced Tuesday it expects the central bank to stay on the sidelines until at least early 2016. Previously, it had forecast a rate cut this September.

Phil O’Donaghoe, an economist at Deutsche Bank, doesn’t expect any rates to rise until the second half of 2016. The forecast isn’t new but Mr. O’Donaghoe said there’s growing confidence in it, with RBA Assistant Gov. Chris Kent telling a Wall Street Journal conference Monday that unemployment will stay high for two years.

Not everyone is so downbeat, though. Michael Blythe, chief economist at Commonwealth Bank, said he’s sticking with his view that the RBA will raise rates this November.

He agreed the central bank is currently signaling that rates will stay lower for longer, but said the RBA’s assumption of sluggish activity over the next year is too gloomy.

But economists don’t expect growth to continue as strongly in coming quarters as the downturn in mining investment accelerates, falling commodity prices hit export earnings, and other parts of the economy like consumer spending remain weak.

A rising local dollar is aggravating the problems caused by falling commodity prices and slumping consumer confidence. The Australian dollar hit its highest level in three months this week at US$0.9400.

The price of iron ore, Australia’s largest export, is down 34% since the start of the year, hitting a 21-month low this week below US$90 per ton. Weaker commodity prices mean reduced national income, which will affect every area of the economy.

The RBA said Tuesday it would be “difficult to judge” how the end of the country’s mining-investment boom and the austere budget will play out.

“Those uncertainties were likely to take some time to resolve,” the RBA said in minutes of its June 3 policy meeting.