Meet Arvind Subramanian, the Man Who Could Be India’s Next Chief Economic Adviser – Real Time Economics 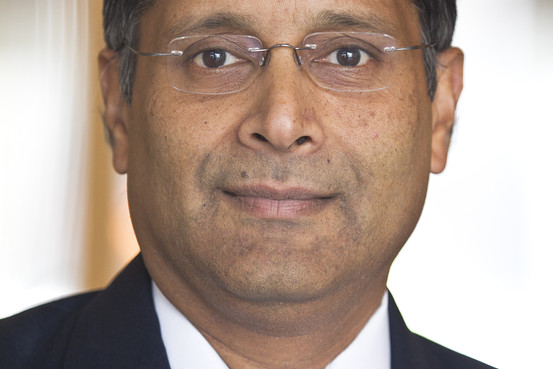 Economist Arvind Subramanian is the front-runner to become chief economic adviser to India’s finance ministry, a hotly anticipated appointment for the country’s new government given its pledges to tame inflation and kickstart the economy.

He isn’t likely to harbor any illusions about the profound obstacles that stand in the government’s way.

Mr. Subramanian—a fellow at the Peterson Institute for International Economics and at the Center for Global Development, both of them in Washington—previously worked for the International Monetary Fund. He was assistant director of its research department and the fund’s resident representative in Cairo. He has also taught at Harvard University and Johns Hopkins. Early in his career, he worked at the General Agreement on Tariffs and Trade, during the Uruguay Round of trade talks in the late 1980s and early ’90s. (That particular experience could come in handy amid India’s current tussle with the GATT’s successor body, the World Trade Organization.)

His academic work has focused on trade and its effects on developing countries. His writings on India’s economic emergence since the 1980s have tried to deepen simplistic conventional narratives. In a 2005 paper written with economist Dani Rodrik, he argued that the real catalysts of the country’s recent decades of fast growth came a decade before 1991 reforms that liberalized investment and production.

The impetus was the shift by Indira Gandhi, the then-prime minister, to a “pro-business orientation.” Governments in the ’80s cut corporate taxes, lifted price controls and eased other restrictions on manufacturing capacity, which first spurred firms to become more productive, Messrs. Rodrik and Subramanian show. India’s “pro-market” reforms a decade later, which allowed greater foreign investment and domestic competition, made a big difference. But the “pro-business” steps, which favored incumbent firms, were important too.

As the Indian economy sputtered in 2012 after nearly a decade of rapid growth, Mr. Subramanian participated in an online debate with Congress-party lawmaker Shashi Tharoor on the question of whether the country was losing its way. Mr. Subramanian argued it was.

“For every cheery statistic that Shashi Tharoor invokes,” he wrote, “at least as many gloomy ones are there to be counter-invoked.” He argued that for the Indian government, there are limited returns in merely letting go, in leaving more to markets and the private sector. The really crucial task for the government, he said, is to do what it does better.

“There is a race between rot and regeneration in [the] underlying institutions of the state and politics. And it is far from obvious that the forces of regeneration are winning.”

By the end of the debate, which was hosted on the Economist magazine’s website, two-thirds of online readers had voted with Mr. Subramanian’s side.

In an essay published last year in the volume “Reimagining India,” Mr. Subramanian highlights the country’s economic and political “precocity”: India’s economy manifests traits more often found in the rich world, for instance its reliance on services rather than manufacturing to power growth. And democracy has been sustained for decades despite low levels of income, education and industrialization.

India’s historical uniqueness explains much of its potential, he writes. But it also makes the country’s future singularly peril-filled: “In the long run, growth is determined by effective state capacity—and that is India’s weakness compared with China.”

In that essay, he specifically highlighted Narendra Modi’s potential to “deliver good governance and reforms.” But he hasn’t turned cheerleader since Mr. Modi’s election as prime minister this spring.

At the end of June, he published a “provisional scorecard” for the Modi government on the Peterson Institute’s website: Three As and one A- for the new administration’s efforts to curb grain and vegetable prices and ease labor laws. But a D for threatening to raise import duties on sugar—an effort, he said, to appease local sugar lobbies.

In another article on the Peterson Institute’s website, Mr. Subramanian criticized the government’s first budget, which was unveiled last month, as “disappointing but retrievable.”

Observers and critics shouldn’t overlook the budget’s failure to roll back subsidies, he wrote, or its implausibly optimistic assessments of tax revenue and deficit reduction. “But they should also give this government the benefit of the doubt and time to translate its laudable vision into recognizable reality.”