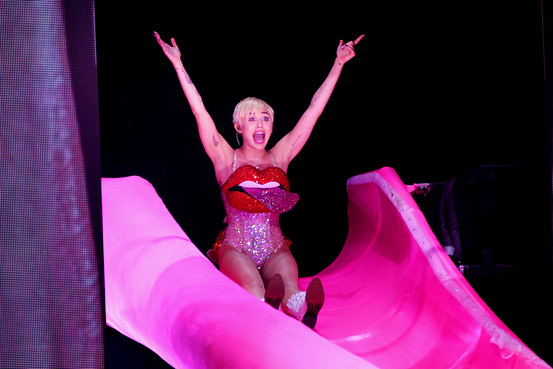 Thursday’s stronger-than-expected jobs report inspired multiple references to fireworks and offered rather optimistic views from even the most dismal of scientists.

Fireworks were, of course, an obvious place to start, considering the Fourth of July is tomorrow.

That got some singing Katy Perry’s hit, “Firework.” (Think, “Baby, you’re a firework. Come on, show ‘em what you’re worth.” “Baby” being the U.S. economy, naturally.)

“Icing on the cake” and “no dark clouds” were other favorite metaphors.

Ethan Harris at Bank of America Merrill Lynch started his research note with the classic World Cup reference: “Gooooooaaaallllll!” Next, he added, “I Believe That We Will Hire.” That’s a straight reference to the U.S. Team World Cup chant, “I believe that we will win.” (And hopefully not a comparison between the economic recovery’s chances and the U.S. men’s national soccer team’s short-lived World Cup attempt.)

But then there was Jennifer Lee, an economist with BMO Capital Markets, who took things a step further:

“Do you have your hands up, because they’re playing your song, and you know it’s going to be OK? Yes, because there is a party in the USA!,” Ms. Lee wrote in a note to clients. She’s quoting Miley Cyrus’s hit, “Party in the U.S.A.,” and is all but guaranteeing the rest of us will have Miley in our heads on this long weekend.