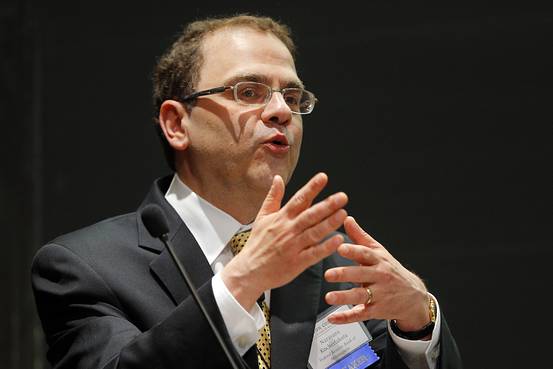 The Federal Reserve should continue to support U.S. economic growth by waiting until the second half of 2016 to begin raising short-term interest rates, Federal Reserve Bank of Minneapolis President Narayana Kocherlakota said Friday.

“I think what people want to hear is prospects of higher wages, higher incomes. That’s what’s going to fuel their desire to spend, and thereby boost the economy and boost employment,” Mr. Kocherlakota said following a speech in Bloomington, Minn.

Most Fed officials expect to begin raising interest rates in 2015 as the economy improves, though the precise timing of the first increase remains uncertain.

Federal Reserve Bank of Richmond President Jeffrey Lacker said earlier Friday that he sees a strong case for the Fed to begin raising rates this summer.

“I expect that, unless incoming economic reports diverge substantially from projections, the case for raising rates will remain strong at the June meeting,” Mr. Lacker said in Sarasota, Fla.

But after a recent run of weak economic data, “it’d be reasonable to think that the timing of the Fed’s first rate hike might be a little further off in time,” Federal Reserve Bank of New York President William Dudley said Wednesday.

A June rate increase “could still be in play,” he said, but “now the bar is a little higher.”

Mr. Kocherlakota, however, repeatedly has argued that the Fed shouldn’t raise rates this year. His speech on Friday  was largely identical to remarks he made Tuesday in Bismarck, N.D.

He said the Fed can be “both late and slow” because it will take years for the central bank to achieve its goals of maximum employment and stable prices. The initial rate increase should be delayed until the second half of 2016, he said, and the benchmark federal funds rate should rise to roughly 2% by the end of 2017.

“If people are willing to spend at a given interest rate, then we’re able to get our employment and inflation outcomes with higher interest rates as well. That process is going to keep unfolding over the future, but we have to be careful not to get ahead of the curve,” Mr. Kocherlakota said following Friday’s speech. “If we start to raise rates too rapidly, we’re going to push down on spending, push down on incomes, push down on employment, push down on prices. Everything’s going to go the wrong direction.”