Manchester United has agreed the deal to sign Angel Di Maria and United’s official merchandise stroes has run out of letters “R” as fans rushed to buy Di Maria shirts and we can expect Manchester United to announce the deal sometime today before MK Dons tie in Capital One cup. Here is a short match preview and schedule with TV details and streams.

Milton Keynes Dons will be hosting Manchester United in the League cup affair tonight and the game will be shown live on BTSport or Skysports at around 20:00 Uktime. There are plenty of other games which include premier league teams as well but MK Dons vs United will be the one we will cover.

Louis Van Gaal will be hoping for his first competitive as a Manchester United manager against League One side MK Dons, but he do have huge injury concerns to cope with and following is the team news heading into tonights game.

Manchester United will be without many of the first team players including new signings Ander Herrara, Marcos Rojo (work Permit) and Luke Shaw. While Michael Carrick is still out alongside Jessie Lingard who suffered ankle injury in the opening premier league game. Wayne Rooney and Van Persie might not start this game and I expect Danny Welbeck and Javier Hernandez to start upfront. In the defence Chris Smalling got injured against Sunderland and will be unavailable which means Tyler Blackett will keep his place alongside Phil Jones and Johny Evans. 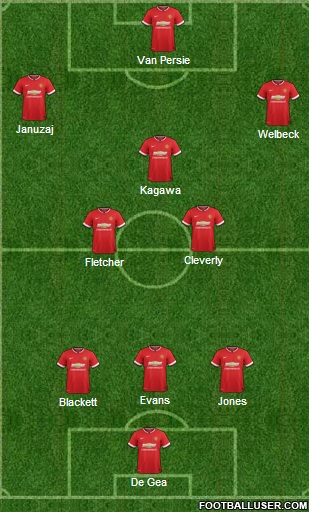 Its been hard to predict Manchester United matches since Sir Alex Ferguson retired, no matter what competition they are playing in there is this uncertainty hover over this united team. They have the players, the talent is just the lack of belief which is kind of making them struggle. I think Van Gaal will go all out for this match as realisticly Capital One Cup and FA Cup are two competition where United have some sort of chance winning some silverware.

I am going with an easy win for United in this game, probably with a 4-0 scoreline, what you think of the start Manchester United has made this season ? will the signing of Di Maria going to help ease the pressure, do they need a solid central defender ? do let me know your thoughts ahead of the league cup game today.