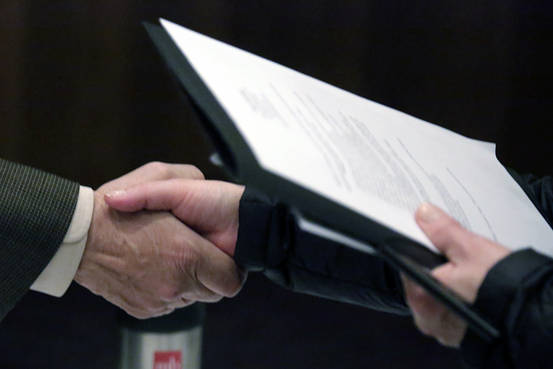 Having a business degree doesn’t seem to help much when landing a job, but a relevant internship does.

That’s according to a new study led by researchers at the University of Wisconsin, La Crosse, and published in January in the journal Labour Economics.

The researchers sent about 9,400 fictitious resumes to business-related positions in finance, insurance, management, marketing and sales. The “applicants” had graduated four years before applying for the job and each had a randomly selected major, including accounting, biology, English, economics and finance. A quarter of the fictitious applicants held three-month summer internships five years earlier in relevant positions, such as working as a financial analyst or on a marketing team.

The research team found no evidence that finance, marketing or management degrees improved job prospects for any of the applicants. However, working in relevant internships—as far back as five years earlier—boosted employment prospects significantly, increasing the interview rate by 14%.

John Nunley, an associate professor of economics at the University of Wisconsin, La Crosse, and the lead author of the study, said that internship experience, even from a few years ago, might signal to employers that an applicant has crucial workplace skills and professionalism that may be tough to learn in school.

“It may signal that you are a high-ability person, that you are ambitious—something that you may not readily see on a resume,” he says. “The internship experience still seems to pay off five years later.”

A business degree might still be helpful when getting a job immediately after college, Dr. Nunley said. But the results of this study suggest that the degree’s employment benefits dissipate four years out, while real-life work experience still pays dividends.

Business is by far the most popular undergraduate major, with roughly 367,000 degrees granted in 2011-12, according to federal Education Department data.

All of the fictitious applicants were from mid-tier public universities, and the college the applicants went to didn’t seem to help or hurt employment prospects, Dr. Nunley said.

A New Degree in Architecture, Computers or Health Is Worth More Than Decades of Job Experience

A College Degree Pays Off Far Faster Than It Used To

Whether a Job Requires a Degree May Shift with the Economy