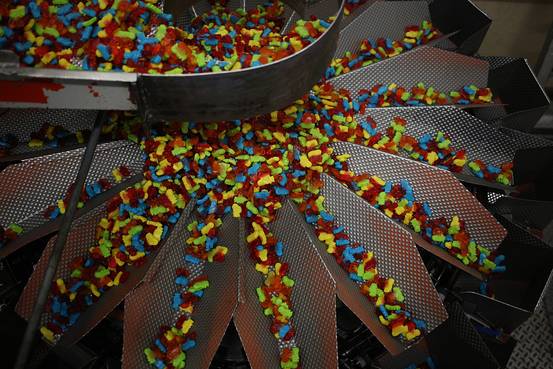 Stocking your pantry for Halloween trick-or-treaters this week? You’re in for a scare.

Candy prices had been creeping up “at a rather fast pace” starting about a decade ago, but leveled off between 2012 and 2014 before picking up again this year, Mr. Christopher said. IHS looked at data from the consumer-price index, without seasonal adjustments. 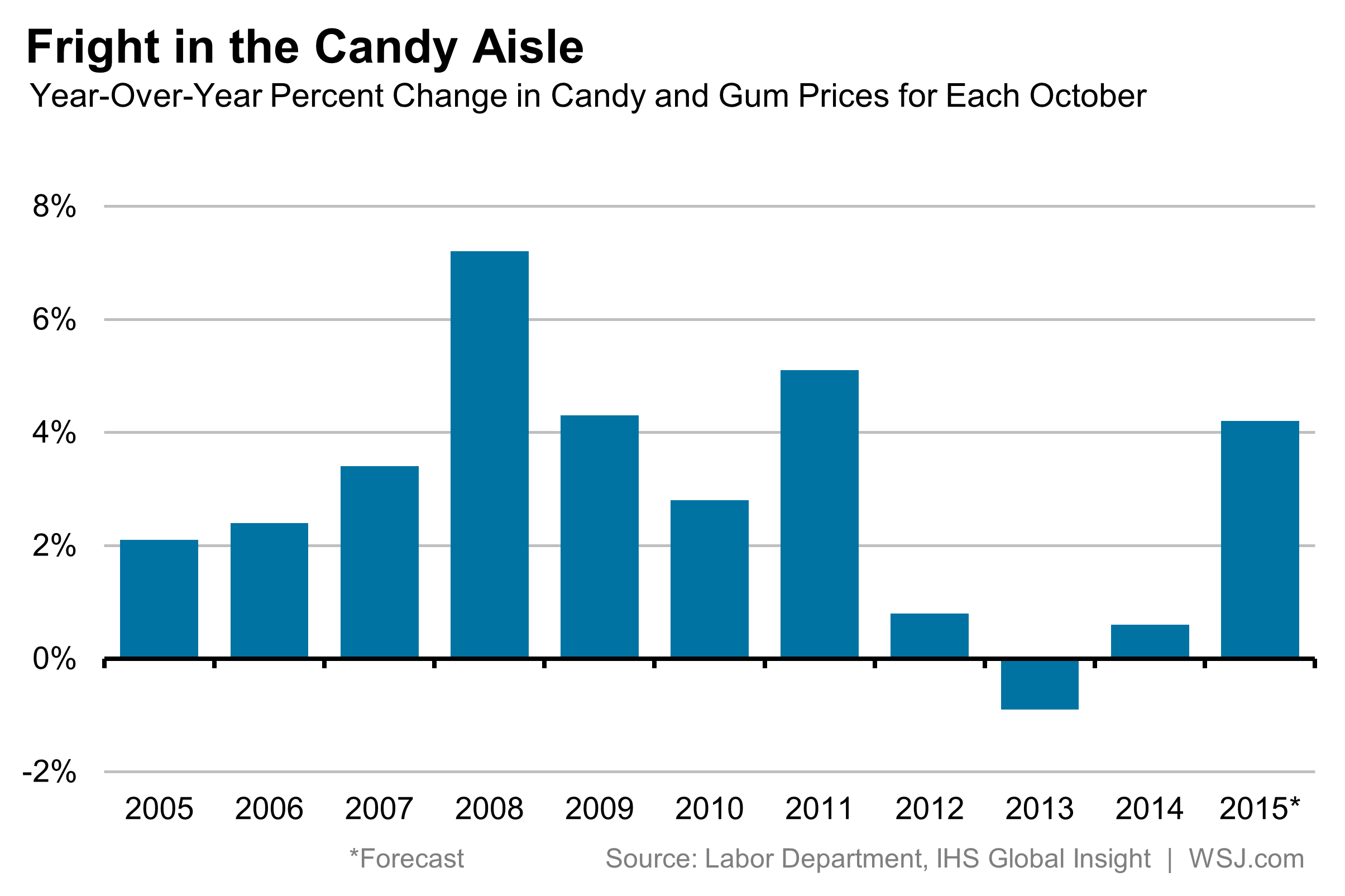 Yet overall spending on Halloween is expected to rise only 0.7% this year, or about $2.2 billion, to $18 per household, according to IHS. That would be the weakest reading since 2009, but it follows big gains last year.

That’s a nice treat for the thousands of businesses that rely on the American sweet tooth come October.

More than 90% of Halloween shoppers plan to buy candy this year, according to the National Retail Federation, which pegs total candy spending around $2.1 billion.

Overall, NRF predicts the average person celebrating Halloween will shell out $74.34 this year, only a bit less than the $77.52 they spent in 2014. Overall spending is expected to reach $6.9 billion, including about a third on costumes—$350 million for pet getups alone—and close to a third on decorations.

And it’s not just your obnoxious neighbor who got started early: 34% of consumers said they planned to start their Halloween shopping before October, according to NRF, up slightly from last year. One in four said they planned to wait until the final weeks of the month.

If you waited until now, you may avoid the price shock: The best deals on Halloween candy are likely to be found at the very last minute.

The Candy Aisle Shouldn’t Be Spooky This Halloween