Riki Graves seemed to have everything when she woke up on her 38th birthday in September 2013. She was eight weeks pregnant with her second child, in the best shape of her life and happier than ever. But later than day, she learned that a lump in her breast was cancerous.

Worse news would come at her 20-week ultrasound, when she found out that her baby girl would be born with life-threatening heart defects – if she survived the pregnancy.

“It was really scary,” said Graves, 38. She called her husband sobbing. “I could barely drive myself home.”

Not All Breast Cancer Has a Lump

Graves remembered the anxious hospital visits that followed and how she knew the tests weren’t going well even before the doctors told her so. The heartbeats she heard on the machine didn’t sound right, she said. They sounded “squishy.”

“She was safe as long as she was inside me because my heart could pump for her, but her heart was getting worse and worse,” Graves said. “They weren’t sure if she was going to survive the pregnancy.” 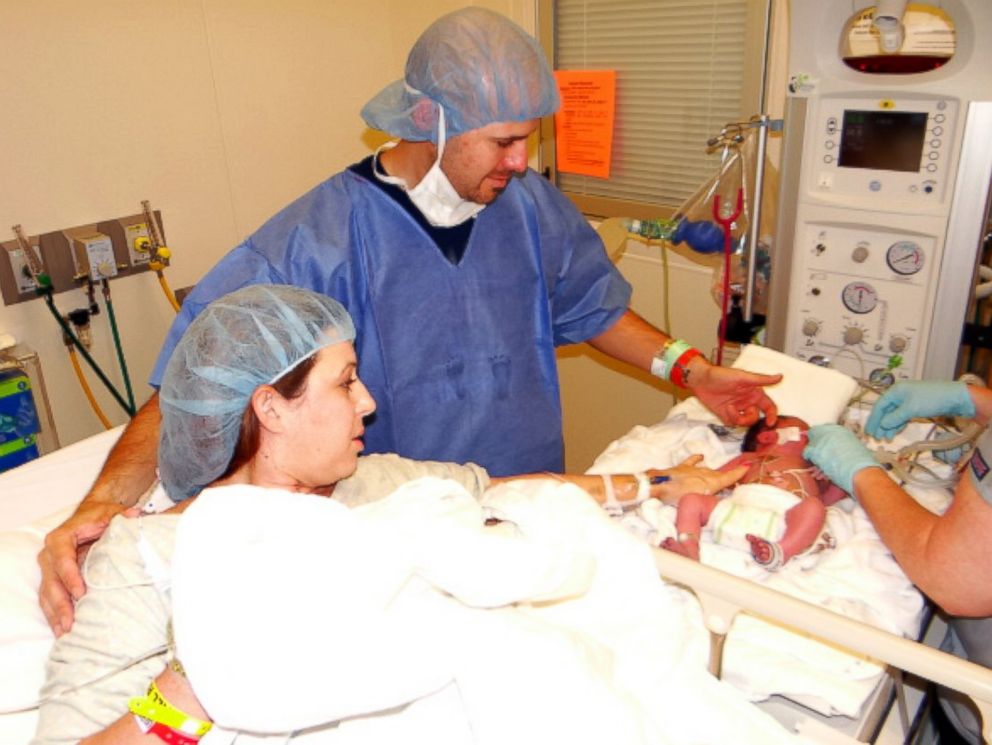 PHOTO: Riki Graves knew her daughter was a fighter the moment she was born, when she reached for the doctor’s coat after the caesarian section.

The family moved from Corpus Christi, Texas, to Houston in March to be close to two hospitals: Texas Children’s Hospital, where doctors monitored the fetus’s heart condition and planned to operate as soon as the little girl was born, and MD Anderson Cancer Center, where Graves had already undergone a lumpectomy and planned to have radiation therapy after the birth.

“When they delivered her, she grabbed the doctor’s coat,” Graves said. “That’s how I knew she was going to be a fighter.”

Doctors whisked Juliana away to evaluate her and soon realized that her heart was inoperable, according to Dr. William Dreyer, who directs the cardiac transplant program at Texas Children’s Hospital. It was too malformed and weak to withstand the complicated surgery.

“That was basically him telling you your baby’s not going to survive in a nice way,” Graves said of the news. “We were devastated… We just kind of broke down.” 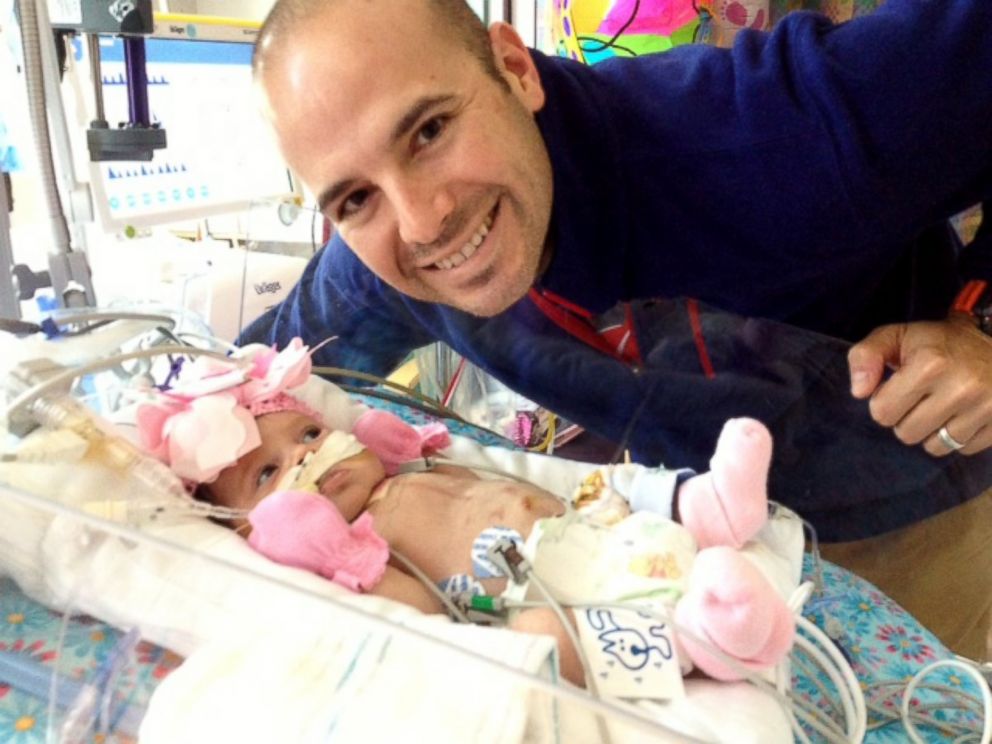 PHOTO: Juliana Graves was 17 days old when she got the heart transplant that saved her life.

Juliana’s name was added to the heart transplant waiting list on April 21, but Dreyer said the medical team was frank about the unlikelihood of finding a heart in time to save her.

Statistically, about 15 to 20 percent of all patients die before they get organs, he said. And even if Juliana got a new heart, there was a 25 to 30 percent chance she wouldn’t make it out of the hospital.

Juliana was very sick and heavily sedated as she waited, Graves said. Because her heart couldn’t pump oxygen-rich blood to the rest of her body, her other organs began to fail, too. Her skin turned gray and her tiny feet were cold to the touch, Graves recalled.

“There were days when I just sat down and cried by her bedside,” she said. “We didn’t think we were going to get a heart. I would just tell her to fight for us and be strong. We were doing everything we can and that we loved her.”

Graves said her doctors reassured her that they would help her get pregnant again after her cancer treatments.

“I don’t want another baby,” she told them. “I just want this baby.” 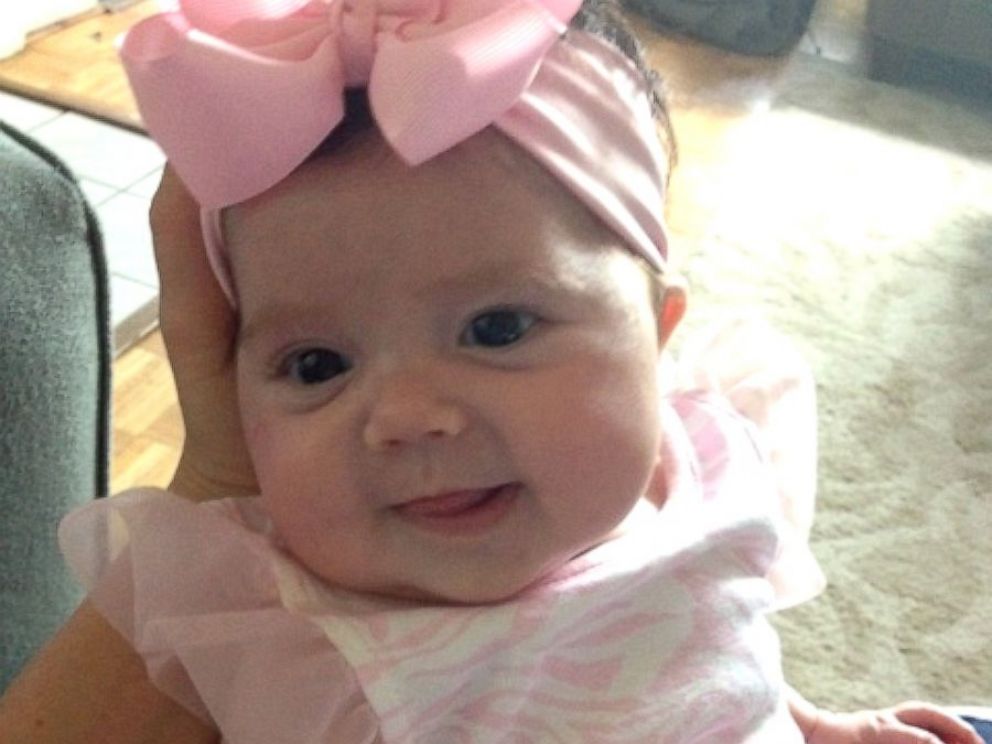 PHOTO: Juliana Graves was born with severe congenital heart defects, and she needed a heart transplant to survive.

Juliana was getting a heart.

“I was so floored,” Graves said. “I was laughing and crying at the same time.”