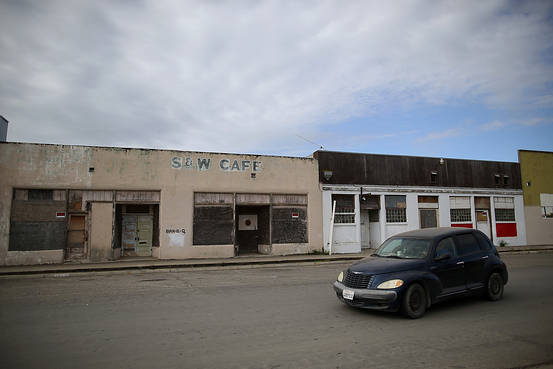 Some analysts think the Bureau of Labor Statistics’ method of estimating how many businesses open and close inflates jobs numbers. Not so, says a Bank of America Merrill Lynch economist.
JUSTIN SULLIVAN/GETTY IMAGES

The first Friday of the month: The brief moment when the eyes of Wall Street, Washington and Main Street focus on the same thing. Of dozens of important economic indicators released in the U.S., the monthly employment report is by far the most scrutinized and has the most market impact. It may also be among the least understood.

“There’s no such thing as perfect data,” says Bank of America Merrill Lynch U.S. economist Michelle Meyer, who in a note this week set out to vet some myths about the nonfarm payrolls report.

Wrong, BofA says, because they shouldn’t match. The Bureau of Labor Statistics adjusts payrolls data to account for predictable seasonal fluctuations. These seasonal factors change–many holidays, for example, land on a different day each year, and weather changes. This means applying a previous year’s seasonal factor to the current year’s raw data to generate a new seasonally adjusted estimate is incorrect. Seasonal adjustments, in order to smooth out bumps in the data, need to be customized.

FALSE: The birth-death model is inflating the jobs data.

This one is also incorrect, according to Meyer. It’s difficult to capture on a timely basis employment growth generated by new firms and jobs lost because of shuttered businesses, and to know which companies closed and which just didn’t report their stats. So the BLS uses a so-called birth-death model to reduce the resulting sampling error and estimate, based on a five-year average, how many businesses probably opened and probably closed. Births and deaths are only confirmed once tax records update annually. At face value, the birth-death adjustment appears to be quite large, but Meyer says the adjustment is misunderstood and many payrolls-watchers make a common mistake: Subtracting the birth-death adjustment factor from the seasonally adjusted change in payrolls, since the birth-death factors aren’t seasonally adjusted.

Meanwhile, the model itself doesn’t appear to be leading to inflated estimates.

“Some of the criticism is the fact that birth-death adjustment is a forecasted, model-based value,” says BLS economist Kerrie Leslie. But end-of-the-year revisions based on tax records have been small, and in both directions, suggesting the model its doing its job, she said.

Another busted myth, according to BofA. The monthly jobs report is the product of two surveys–the household survey, for which the reference period is the week that contains the 12th day of the month, and the establishment survey, where the reference period is the pay period including the 12th. That means some months, for the purposes of the payrolls report, have five weeks and other months have four weeks. Hiring during that extra week would overstate payroll growth, the theory goes.

Over the past 20 years, BofA points out, the BLS has refined its seasonal adjustment process to neutralize this factor. According to BofA’s testing, months with five weeks do show marginally higher job growth, but analysts there say the difference isn’t statistically significant and is simply just “random noise.”

This isn’t actually a myth. It’s true, BofA says. And the BLS agrees. The agency revises each month’s numbers several times, says Gary Steinberg, a representative for the agency, because establishments get multiple opportunities to turn in data. On occasion, firms change their data. But mostly, the BLS is receiving new information. Looking back over the past two decades, there is a clear pattern of upward revisions to nonfarm payrolls figures. The average revision to the prior month’s number is about 32,000 and the average revision to two months back is about 27,000, BofA says, and the frequency of positive revisions is high. That’s especially true for second revisions, which climb nearly two-thirds of the time.

“We have researched these revisions and have not identified a specific reason for them,” says the BLS’s Leslie.

It’s no wonder economists and traders alike are keen to focus on a moving average of payrolls. The August report is a case in point: August’s nonfarm payrolls data tends to come in lower market forecasts more than half of the time, by an average of 57,000, according to analysts at CRT Capital. Heading into last month’s release, careful observers knew the August payrolls figure was apt to underwhelm because of seasonal factors—like teachers returning to school and college students leaving summer jobs–that are known to make August payrolls particularly hard to nail down and ripe for revision.

What people don’t realize, Ms. Meyer said, is that the tendency for payrolls to disappoint and then get revised higher “is even stronger for September.” One possible explanation, she says, is that firms that report their payroll data early to the BLS may have a higher incidence of seasonal layoffs. As more data comes in, that effect is usually diffused and figures get revised higher.

The overall verdict: There is some evidence supporting some concerns over the payrolls data, but most are exaggerated and some are simply myths.

“It’s hard to take huge data sets that are sample-based,” Meyer says, adding that the BLS has made strides in recognizing and addressing problems with the data. Some of the adjustment process is misunderstood.

“It’s surprising that people aren’t aware of biases in their forecasting,” she said.

5 Things to Watch in the September Jobs Report