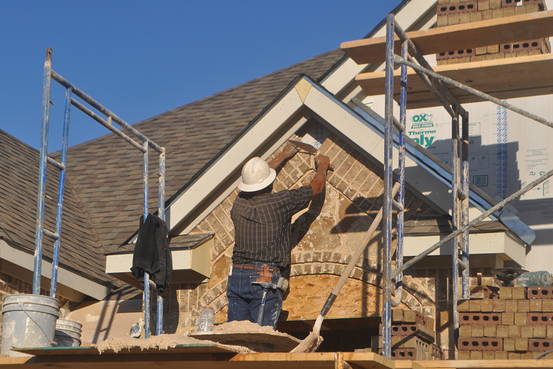 A worker lays brick on a home under construction near Dallas in October. The construction industry added 31,000 jobs in October, the Labor Department said.
KRIS HUDSON/THE WALL STREET JOURNAL

Things are looking up for the group of Americans who fared worst during the economic crisis, suggesting a shortage of skilled workers might be sending employers deeper into the labor pool.

The unemployment rate for those at least 25 years old without a high school diploma fell to 7.4% in October—a sharp drop from 7.9% in September and a year earlier, the Labor Department reported Friday.

That is the best rate since February 2008. 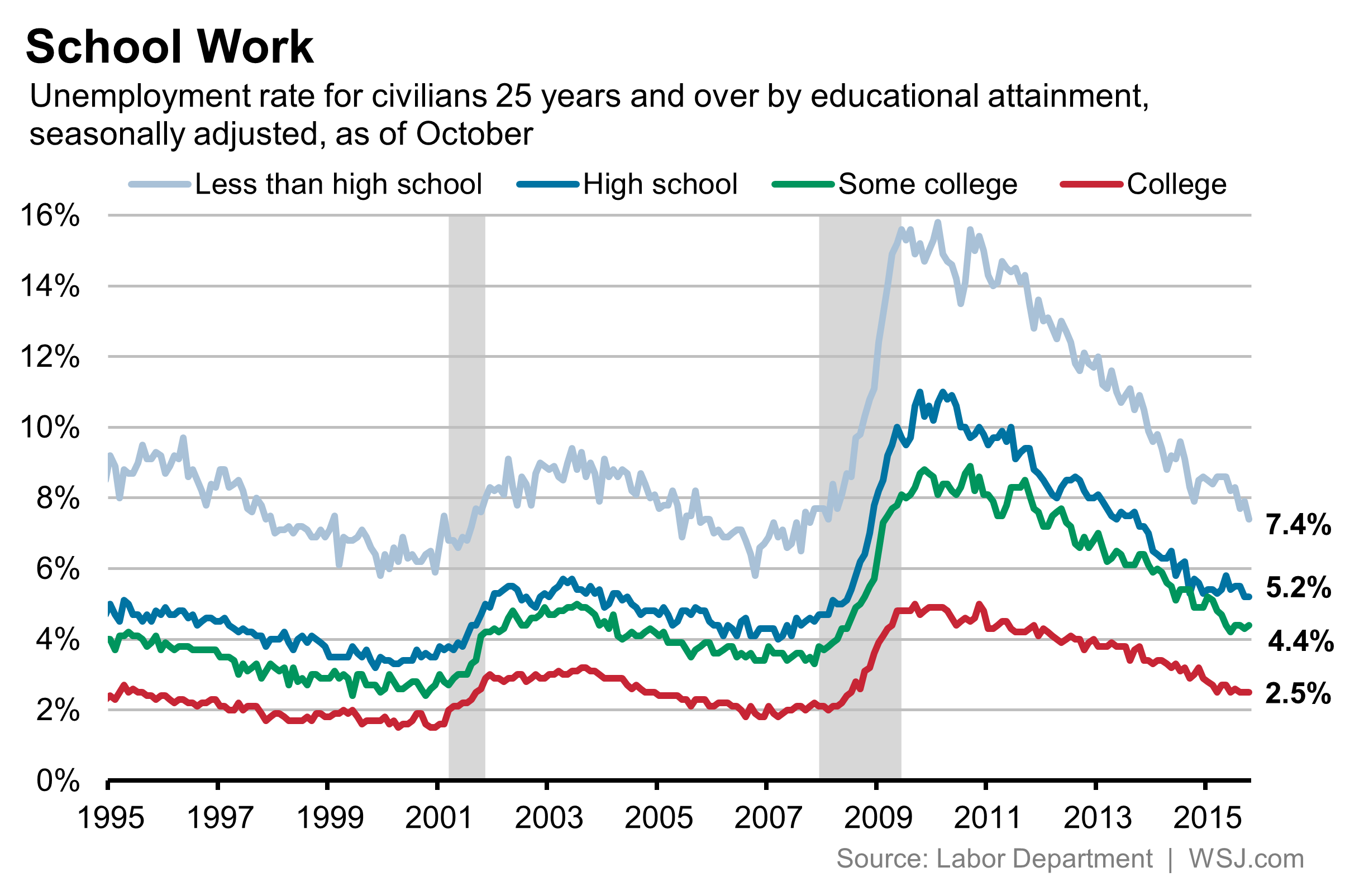 The participation rate for that segment of the population—the number of people working or actively looking for work–has been far lower than for those with higher levels of education, but there has been improvement. In the third quarter, the participation rate for those over 25 with less than a high school diploma rose to 45.5%, up from 40% in the second quarter and from 44.8% in last year’s third quarter. This suggests the improvement in the jobless rate isn’t just because more people are giving up their job searches.

The retail sector tends to help provide a bump in hiring ahead of the holidays, and Amazon.com Inc., for its part, said last month that it planned to hire 100,000 workers for the holidays, up from 80,000 last year. The government said retail trade employment grew by 44,000 in October, which accounted for 16% of the total increase in nonfarm payrolls and was up from an average monthly gain of 25,000 over the past 12 months. A chunk of that increase came from clothing and accessory stores.

But Wal-Mart Stores Inc., the country’s biggest employer, does most of its holiday hiring in November, according to spokesman Kory Lundberg. Wal-Mart “didn’t do a lot in October” in the way of hiring, he said.

And hiring occurred in other areas that tend to attract lower-skilled workers. Restaurants and bars hired 42,000 last month, and the construction industry added 31,000 jobs in October, the Labor Department said.

To be sure, wage growth for the demographic is far behind categories of more-educated workers. Still,  earnings for those without a high school diploma rose a steep 0.8% in the third quarter from a year earlier, according to Bureau of Labor Statistics economist Steve Hipple.

Employers have bemoaned a lack of workers with the skills needed to fill open jobs. In its monthly employment snapshot, the National Federation of Independent Business said Thursday that 27% of the small-business owners it surveyed reported job openings they couldn’t fill. U.S. home builders have also struggled to find qualified workers and have expressed difficulty in finding enough carpenters, electricians, plumbers and other craftsmen for a growing pipeline of work.

“It looks like a dramatic drop,” said Ian Shepherdson, chief economist at Pantheon Macroeconomics, of the October decline in unemployment among those who didn’t finish high school. It may be that businesses are starting to dig deeper into the labor pool, he said. Monthly numbers can be volatile, but “it’s a plausible case to make” he said, and one more sign that labor slack is diminishing.